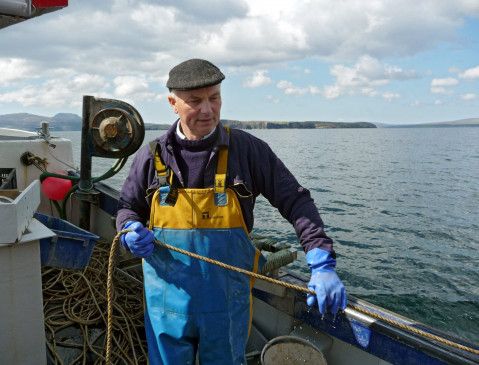 Mysterious castles on secluded lakes, kiln-clad men with bagpipes, whiskey and Loch Ness monsters are clichés associated with Scotland. Little is known: The northernmost region of Great Britain has to offer fascinating nature and wildlife. Spectacular aerial footage shows some of the highlands and more than 500 islands. Highly stable cameras and experienced pilots working on “Harry Potter” productions celebrate the full beauty of the Scottish landscape. But not only do the vastness of the highlands and the rugged coastline attract many, but the rich flora and fauna also inspires. Scotland has some of the largest seabird colonies in Europe. Otters and osprey also benefit from the abundance of fish, and for some years have been hunting only in lochs and forts, lochs and fjords. Eagles were already extinct in Scotland and are making a comeback thanks to dedicated bird conservationists. The symbol of the highlands is of course the majestic red deer, which in many places roam freely on the mountain ridges. In autumn, they are noisy. Other sounds predominate over the spring. This is the black grouse’s courtship call. Extremely slow-motion footage at over 2,000 frames per second shows the breathtaking fight in all its glory. A small flap of wings becomes an aesthetic choreography. Like animals, people shape the North West of Great Britain. Alistair Sutherland has spent most of his life in the Highlands. On his small farm he keeps sheep and the mighty Scottish Highland cattle. With their shaggy fur and large horns, they look rugged like the landscape. But Alistair gets along wonderfully with these primitive beasts and even knows their crazy side. Fisherman Callum McInnon lives a completely different life on the Isle of Skye, one of the most beautiful islands in the Hebrides. For him life without the sea is unimaginable. He goes out several times a week and takes out his lobster pots. A lucrative business, even though the hold has gotten smaller and smaller over the years. Nevertheless, he hopes that his grandchildren will still set sail with the little red cutters in the often-roaring North Atlantic. Nature filmmakers Hans-Peter Kütler and Ernst Sasse traveled the Scottish Highlands with its many islands for more than a year and created a sensitive portrait of the unspoiled landscape and its stubborn inhabitants.