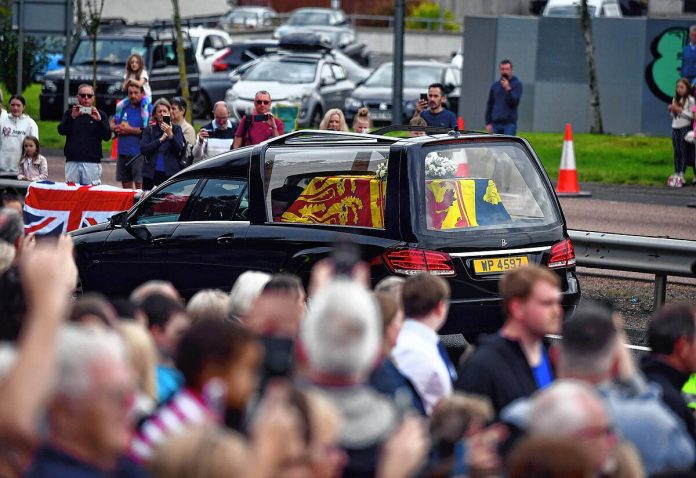 The coffin carrying the coffin of Queen Elizabeth II has arrived in Edinburgh, the capital of Scotland. After several hours’ drive from his country home of Balmoral in the Scottish Highlands, the motorcade arrived at the Royal Residence Palace of Holyroodhouse on Sunday afternoon, where it was greeted by a guard of honour.

Her daughter Princess Anne accompanied the coffin in a second car, and the Queen’s sons Prince Andrew and Prince Edward were there on arrival. The coffin was to be left at the palace overnight before being taken in a procession to St Giles’ Cathedral on Monday.

Thousands of people lined up along the route of the Rath Yatra.

The hearse was accompanied by other vehicles and motorcycles on its journey, which included the cities of Aberdeen and Dundee. Thousands of people lined the way to catch a glimpse of the coffin through the windows of the chariot. It was covered with the royal standard for Scotland and flowers. Queen Elizabeth II died at Balmoral Castle on Thursday at the age of 96. (dpa)