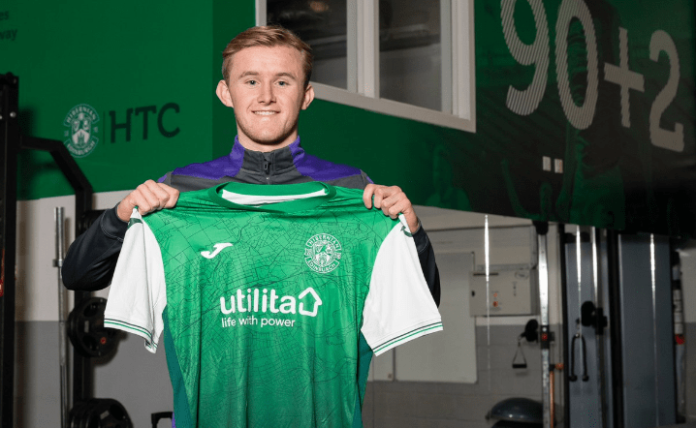 Capital club Hibernian FC have registered the arrival of their second winter signing under the name Ivan Henderson. Scott, 20, has been on loan from Celtic for the next six months. He will sign a final three-season contract with Hibbs next summer.

Attacking midfielder Evan Henderson will soon be wearing the Greens jersey in the coming days. The Scotsman has signed with the Hibernians from Celtic. Hibbs knows manager Sean Maloney Henderson well during his time at Celtic FC as a youth coach. Henderson has played regularly on loan at Ross County and Dunfermline Athletic and has the pace of the competition. He also played a few games with Celtic FC and even scored against Real Betis in the Europa League this season.

Hibbs manager Sean Maloney commented on Henderson’s arrival, saying: “Ewan is an extremely talented player. He has great awareness and vision, he’s creative and will provide assistance. He’s a player I’m really into developing into.” I want to help so that he can show his talent to the league. As a club, we look forward to helping Ivan grow so he can realize his potential for years to come.”

Interviewed by Hibbs TV, Evan Henderson recounts when he first heard of Hibbs’ interest. “The interest came after I came in and scored against Real Betis. That evening my agent called to let me know that Hibbs was interested. Apparently no new manager was announced at this time and I decided to wait and see. As soon as I saw that it was Sean Maloney, I was a million percent sure I would be here and continue my career.