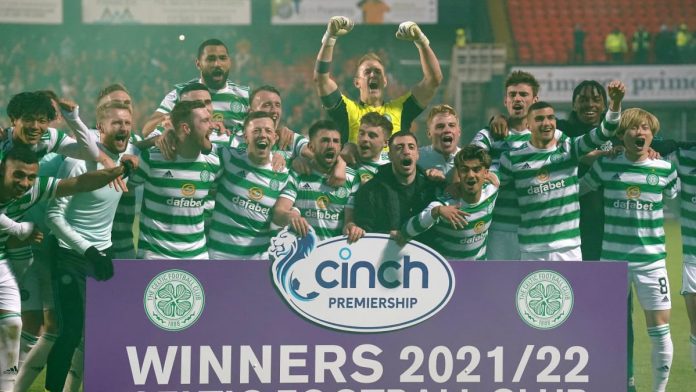 Celtic Glasgow are the Scottish football champions for the 52nd time. Coach Ange Postecoglu’s team was satisfied with a 1–1 (0–0) victory at Dundee United on the final day of the Premiership.

Giorgos Giamoukis (53rd minute) scored on Wednesday evening for “Bhoyas”, who had already won the League Cup in December. Dylan Levitt (72′) equalized for Dundee. This means Celtic have a four-point lead over last year’s champions and second-placed Glasgow Rangers, Frankfurt’s final opponents in the Europa League.

Australia’s Postekoglu took over as Celtic coach last summer after Celtic finished 25 points behind arch-rivals Rangers. Several times this season Rangers led by six points before being caught by Celtic.

The team has been unbeaten in 31 league matches. In the entire season, Celtic lost just three times.