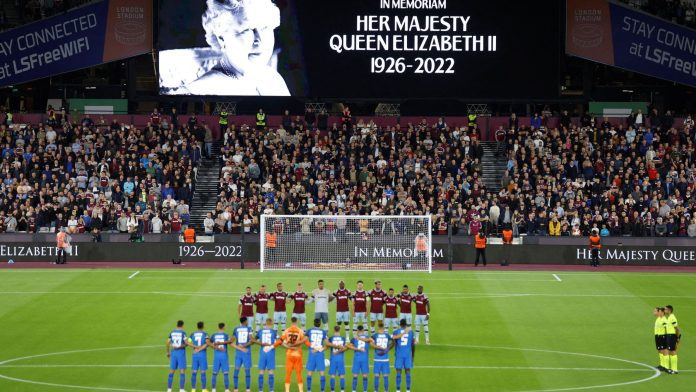 People around the world mourn Queen Elizabeth II at a football game in Scotland, however, there was joy for the late Queen.

In fact, a minute’s silence should be observed in honor of the late Queen Elizabeth II in the conference league match between Scottish club Heart of Midlothian and Basaksehir Istanbul. A few seconds later, some fans started singing the UK anthem. But then some Scots took advantage of the situation and booed, as the “Daily Mail” reports.

Its backdrop is political tensions: in Scotland in 2014, a referendum for independence from Great Britain failed by 44.7 percent in favor and 55.3 percent against. However, the Scottish population rejected the post-Brexit with a large majority, relying on increasing support for pro-independence. Prime Minister Nicola Sturgeon is currently preparing for another referendum. She wants to bring Scotland back to the European Union.

The Scots have also been singing their unofficial anthem for some time. The “Flower of Scotland” is also played before the international matches of the Scotland national team. But on Thursday, Heart of Midlothian players were clearly uneasy by fans’ reaction to interrupting the Queen’s tribute. For example, defense attorney Alex Cochran shook his head.