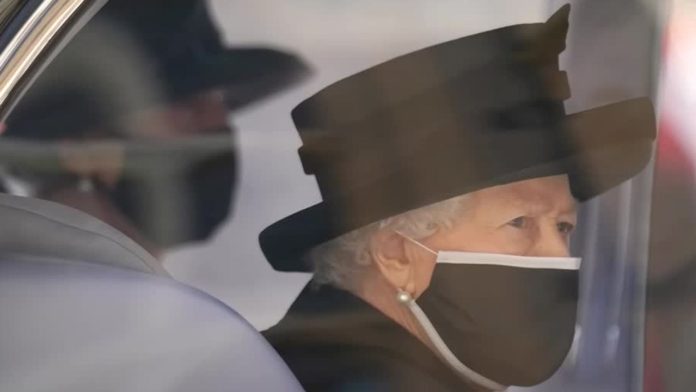 These questions are important now

4:01 PM: At the moment, the British BBC only reports on the status of the Queen. The broadcaster has trained cameras at the gates of the grounds of Balmoral Castle. The station shows a “BBC News Special”. The next planned event is “BBC News at Six”.

3:53 PM: Historian Sir Anthony Seldon told Sky New that the situation was undoubtedly “worrisome”. However, he insists that one should avoid speculation, but adds: “It is quite serious that children and grandchildren are visible by their side. We have never seen it that way, so we Know it’s serious.”

3.40 pm: The Queen received the new British Prime Minister Liz Truss at Balmoral Castle on Tuesday. A spot on his hand caught his eye. Uta Schlossberger, an expert in dermatology and venereology, explains what may be behind it. Read more about it here.

Helicopter landed in the palace grounds

3:16 PM: As reported by Sky News, a helicopter has landed in the palace grounds. Several members of the royal family are currently on their way to becoming queens.

Harry and Meghan are also on their way to the Queen

3:10 PM: A spokesman for the couple said: “The Duke and Duchess of Sussex will travel to Scotland.” Prince Harry and Duchess Meghan were due to attend the Wellchild Awards ceremony in London on Thursday.

2:59 PM: Duchess Kate will not accompany Prince William to Scotland. As announced by Kensington Palace, the 40-year-old will be living in Windsor with her children. Today was George, Charlotte and Louie’s first day at the new school. However, Prince William is on his way to Balmoral.

2:47 PM: As stated in several British media reports, the Queen’s only daughter, Princess Anne, is in the Scottish castle.