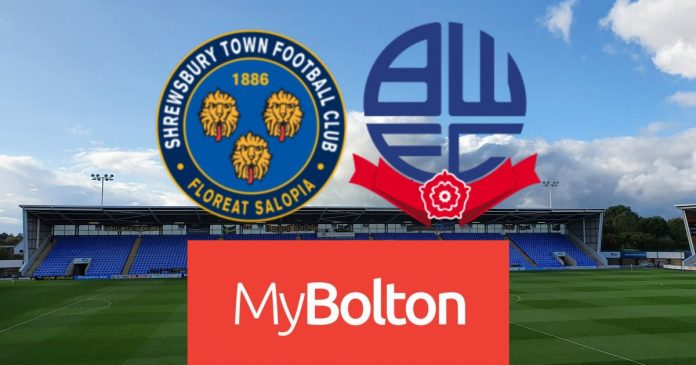 The Bolton Wanderers are in action again today against Shrewsbury Town in the EFL Trophy.

After claiming their first win of the season over the weekend in League Two against Harrogate Town, Ian Ivat’s side are in action again against League One Salop in Group C of the Northern Hemisphere.

The Trojas played a League One side at Bolton Stadium University last month, with the crew playing against Alexandra.

To continue their chances of progressing in the competition, the Wanderers know they must claim victory in 90 minutes or on a penalty on the side of Sam Ricketts.

Defeating them either in normal time or by spot kicks, will knock them out before next month’s final group match under Newcastle United’s Under-21s.

And Wanderers head coach Iwat is set to make a difference this evening and give some of Bolton’s youngest players a chance.

If they take their chances and impress, they can give the manager food for thought when it comes to choosing which side to take on Grimsby Town in League Two this weekend.

To see how Bolton hire against Salop and if they can keep alive their hopes of further participation in the competition, we bring you all the build-up, team news, match action and post-game feedback from Montgomery Waters Meadows tonight. .