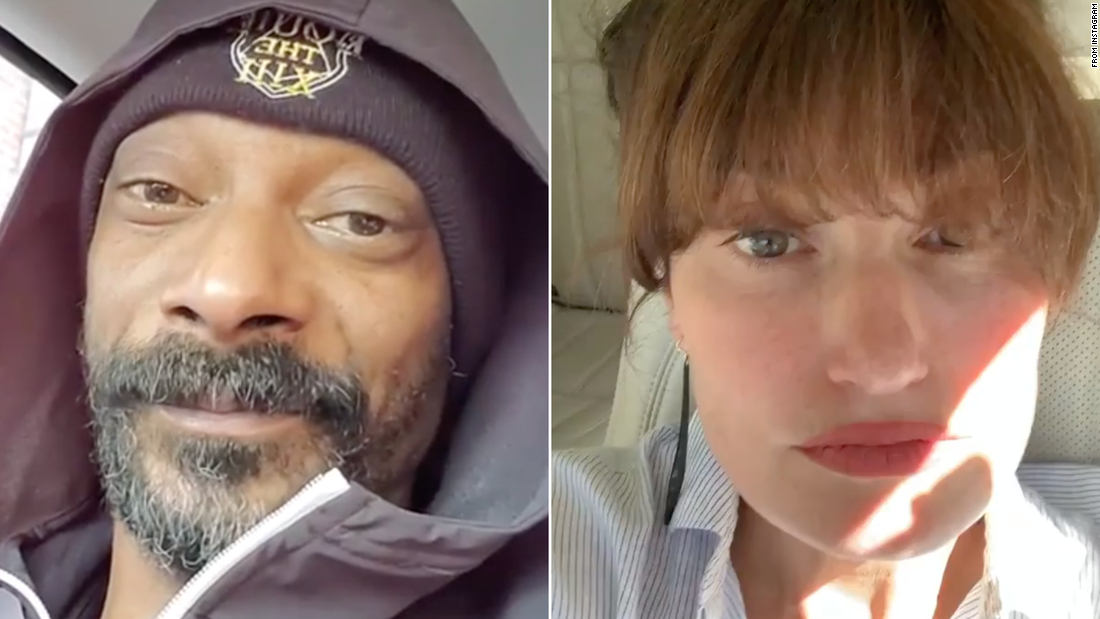 “I had to come sit in the car and listen to this man,” said the rapper in the video.

But the music that came out of his stereo wasn’t the latest rap hit or one of his tracks from the past. It was “Let It Go” from Disney’s “Frozen”.

“I’m just sitting in the car listening to ‘Let It Go’,” said Snoop Dogg as he dragged his head towards the melody.

“Snoop has to be at the next Disney sing together. Don’t sing. Just listen and react,” one person a tweet.
“Like the rest of us, @SnoopDogg is having all the sensations. He is not the hero we asked for, nor is he the hero we deserved. But he is: the hero we need.” another person tweeted.

Idina Menzel, the actress who voiced Elsa in the film and sang “Let It Go”, also took part. He replied to Snoop Dogg on Thursday by inserting himself into his song “Drop It Like It’s Hot”.

On top of their “let it go” or “let it go hot” messages, both Snoop Dogg and Menzel are helping their fans escape the stress of the pandemic by taking part in a three-day virtual festival on the Houseparty app.
See also  More than 1,200 pastors say they will challenge California state order and resume services in person