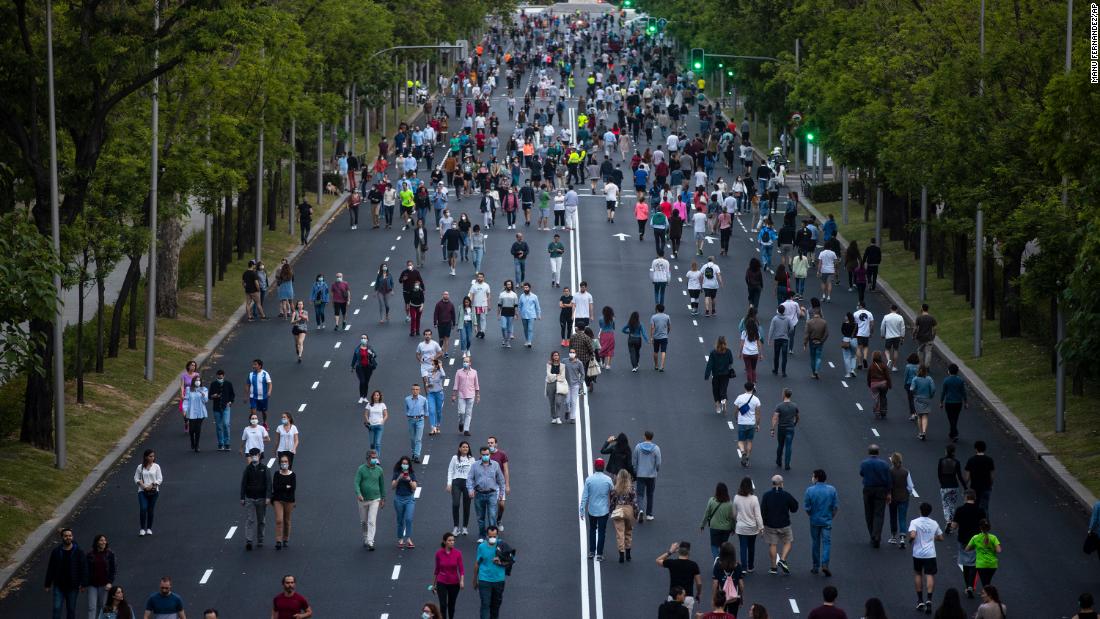 According to data from the Spanish Ministry of Health, 27,563 have now died from Covid-19 in the country, an increase of 104 in the past 24 hours. It is the lowest daily increase since March 17th.

“Although it is painful for people to continue to die of coronavirus, the numbers are favorable,” said Dr. Fernando Simon, Spanish director for health emergencies, on the number of new deaths during the daily coronavirus briefing.

The number of coronavirus cases has risen to 230,698, an increase of 539 in the past 24 hours. It showed a 0.2% increase over the previous day, continuing the decelerating trend seen in recent weeks.

“So far, we have not currently detected an active outbreak in any of the regions,” said Simon of the infections, warning that the Spaniards must remain vigilant.

Simon made the comments when the Spanish Ministry of Health announced that his testing capacity has increased by 18% in the past seven days, after conducting nearly 2 million tests since the beginning of the epidemic. In addition, over 1 million rapid antibodies test have also been carried out.

His ministry of health also reported that a total of 50,723 health workers have been infected with the virus since the outbreak of the country, 268 other cases since Friday.

While the Spanish government has not given an official number of deaths among health workers, the General Council of Official Medical Colleges, the Spanish medical professional body (CGCOM), reported that 48 doctors died of Covid-19 victims in the country. .

Meanwhile, the Spanish government will ask the country’s parliament for a one-month extension to the state of emergency in the country, Prime Minister Pedro Sanchez announced.

“The Spanish government will ask Parliament for a new extension to the state of emergency, which will have distinct characteristics, compared to the previous ones, because the situation in Spain has changed,” said Sanchez. “To begin with, aim to be the last [extension to the] state of emergency and understand, until the end of the downgrading, and for this we will ask the parliament that, instead of 15 days, it is about a month “.

The prime minister said that the right to free movement would remain “limited” for a few weeks and that some regions could emerge from the state of emergency earlier than others.

Sanchez also said that gradual easing of restrictions would continue in half of the country until early summer, while the rest of the country will end a week or two later if there is no increase in the number of cases.

For more information on the coronavirus pandemic, go Here.