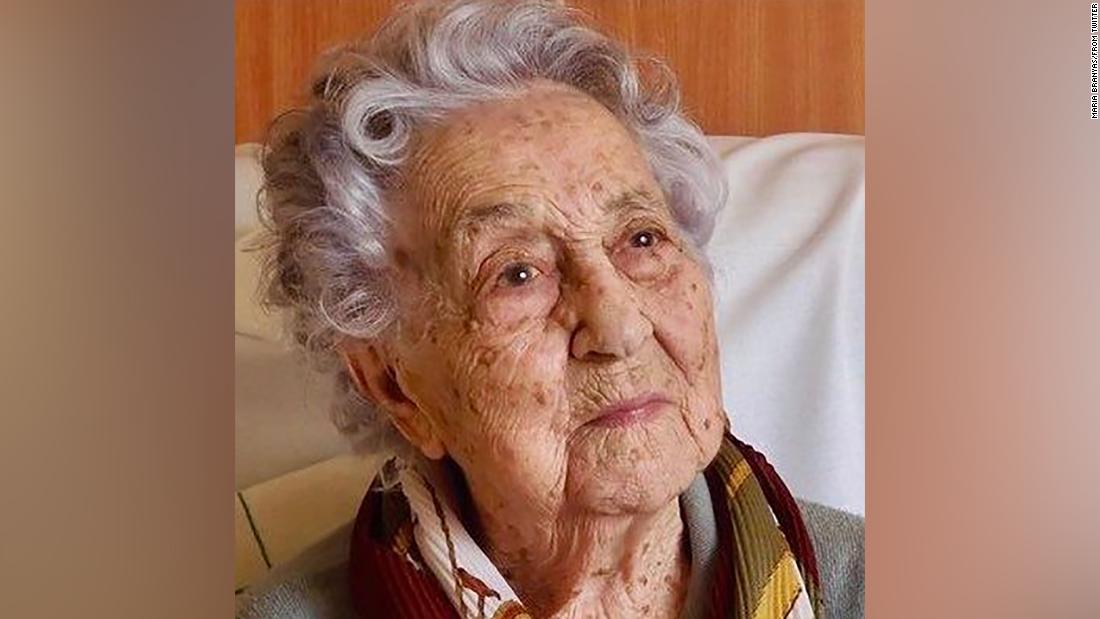 The video footage of Maria Branyas, born on March 4, 1907, shows the super centenary who speaks to the director of the nursing home where she lives in Olot, Catalonia.

“In terms of health, I’m fine, with the same little annoyances anyone can have,” said Branyas in the video. It was registered on Monday, a nursing home spokesman told CNN.

Branyas recovered after a mild case of Covid-19. Her battle began shortly after her family visited her on March 4th to celebrate her 113th birthday, the spokeswoman said.

Since then the family has not been able to visit in person. Branyas lived for 18 years in her private room in the Santa Maria del Tura nursing home, which is managed by the Institute of the Order of San José di Gerona, affiliated with the Roman Catholic Church, the spokeswoman said.

Branyas was born in San Francisco in the United States, where her father worked as a journalist, reports the AFP news agency.

During her long life she survived two world wars and the 1918 flu pandemic, which killed over 50 million people worldwide.

Although Branyas has recovered from the coronavirus, two residents of the same house died. The situation in the nursing home has improved since then, the spokeswoman said.

Spain’s state of emergency, which has been in effect since March 14, provides for severe confinement measures that remain in force. But with the infection and mortality rate now falling, the government has lifted some blocking measures in parts of the country, on what it says will be a gradual reopening of the business.

But the initial lifting of these restrictions did not apply to Olot, where Branyas lives.