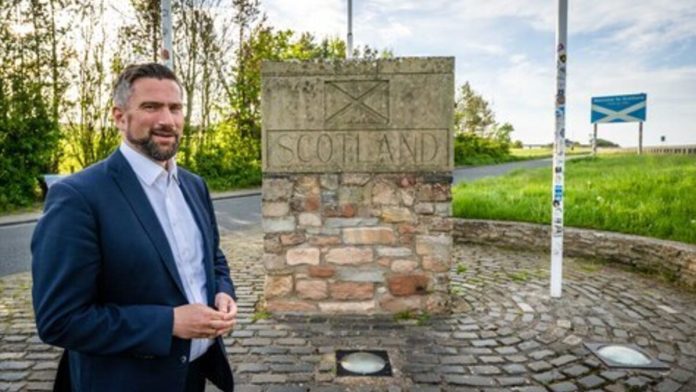 What Saxony’s new founders can learn from Scotland

Saxony’s economics minister Martin Dulig wants to set up a start-up network in Scotland. What is the thought behind this.

Foreign visits of state governments can indeed have consequences. At least this week it was clear: After a visit to Great Britain by Saxony’s economics minister Martin Dülig (SPD) in May, there was now a counter-meeting. Scott Steven Drost, one of the biggest British venture capitalists, came to Saxony on Tuesday.

He is one of the leading minds at the CodeBase incubator, which opened in Edinburgh in 2014. Some speak of a new Silicon Valley there, as it has already been a breeding ground for over 500 start-ups. This includes start-up unicorn Fanduel, an American gaming company that is said to be worth $22 billion.

According to the company, the codebase has already created over 3,000 new jobs. A success that Saxony does not want to give up: So Drost met representatives of the Saxon start-up scene, Future SAX (the Free State’s start-up platform) and Saxony’s economic development agency at the Mitte power plant in Dresden.

Saxony: Strong in Product or Strong in Marketing?

Drost’s thesis: There are areas where new products are well developed but poorly marketed, and there are areas where the focus is more on marketing than on the product. “In Germany, people are more product-oriented,” says the entrepreneur; On the other hand, marketing is strong in Scotland. A fact that may be related.

“One of the secrets of our unicorn fanduel is that it quickly became international,” explains Drost, 49, in fluent German. After all, he spent the first twenty years of his life in Schleswig-Holstein. Duelig and Drost want to promote this global orientation through the exchange. “When we talk about the start-up scene in the regions, the focus is: what helps Scotland and what helps Saxony,” explains Duelig.

Now he wants to reverse it. “We are interested in start-ups coming to Saxony and vice versa, Saxon start-ups moving to Scotland. Connecting makes us smarter and better. This can help ensure that weaknesses on one side can be offset by the strength of the other.”

Drost explains that sustainability, fairness and involvement in society play a major role for German and Scottish start-ups. To reinforce this, Martin Duelig also points out how important it is to create new spaces for start-ups. He is impressed by the three development elements of the codebase. “Education, Location, Networking.” The company is growing and is currently building new start-up centers in other Scottish towns.