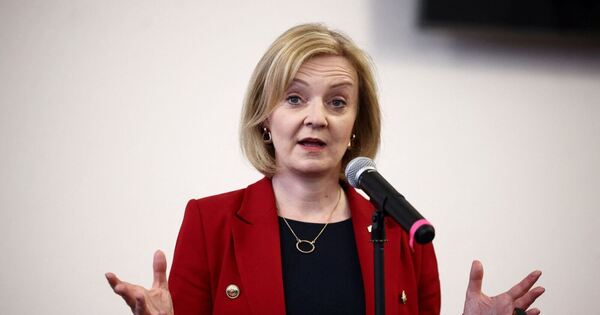 Truss is considered the favorite in the race to succeed Johnson. However, with a statement about the head of the Scottish government, she is now angering the regional government. Another announcement also drew criticism.

At an election campaign event for his Conservative Party, the Foreign Secretary called Scottish Prime Minister Nicola Sturgeon a “self-promoter”. “The best thing to do with Nicola Sturgeon is to ignore her,” Truss said, after Truss rejected a new Scottish independence referendum. The 47-year-old is known for performing in the style of former British Prime Minister Margaret Thatcher. Scottish Deputy Prime Minister John Swain told the BBC on Tuesday that such remarks against the democratically elected leader were “totally inappropriate”.

Announcement of austerity measures in the public sector

The truss also announced it would save around 11 billion pounds (13.1 billion euros) with public sector reforms. To do so, it wants to reduce the number of vacation days from 27 to 25 and eliminate time off for union work and the positions of discriminatory officers. However, much of this is to be relieved by reducing the wages of employees outside London and the more affluent areas of southern England, to better reflect regional living conditions. According to experts, this should mainly affect the nursing staff and teachers. The unions declared strong resistance.

The foreign minister’s statements are primarily aimed at members of the Tory party, which are currently deciding on the next prime minister. Apart from Truss, former Finance Minister Rishi Sunak is also in the election. The result is to be declared on 5th September.