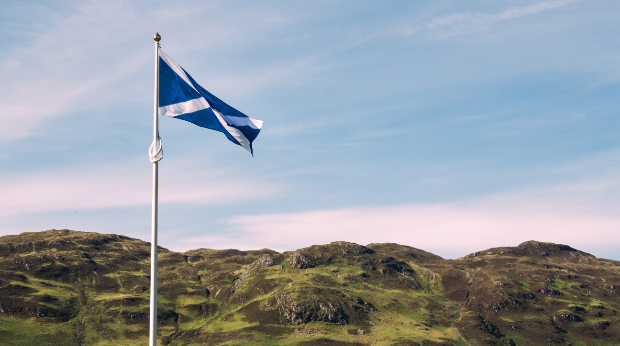 In 2014, Scotland voted to still be part of Great Britain – albeit in the European Union. The Scottish prime minister wants a new independence referendum after Brexit. The Supreme Court is now hearing whether London should agree.

In the struggle for an independence referendum in Scotland, the representative of the Scottish Government has stressed the urgency of a decision before the British Supreme Court. “This issue is of paramount importance to the people of Scotland and the people of Britain,” lawyer Dorothy Bain told the Supreme Court in London on Tuesday.

Scottish Prime Minister Nicola Sturgeon wants her compatriots to vote in autumn 2023 – if the court gives the green light – on whether their country should be independent from the United Kingdom. Until now it has been assumed that the British central government in London should agree to such a referendum. sturgeon Now wants to know from Supreme CourtDoes he have the power to schedule a vote even without that consent.

However, the court must first consider whether it intends to adjudicate the question. The British government opposes this, as Edinburgh has not yet introduced any legislation, but it seeks to consult the Supreme Court to some extent. On the other hand, the Scottish lawyer appealed to the court to reverse the verdict.

Court President Robert John Reed announced that a decision would take “a few months”. The hearings on Tuesday and Wednesday are just the “tip of the iceberg” and there are more than 8,000 pages of written arguments to consider.

This decision of the court is being considered a milestone for Scottish independence supporters. First of all referendum 2014 The majority of Scots voted to remain in union with Great Britain. For London, the question is thus settled in the long run. However, Sturgeon argues that BrexitWhich Schott:innen categorically rejected in 2016 changed the initial position. She wants to bring an independent Scotland back into the European Union.