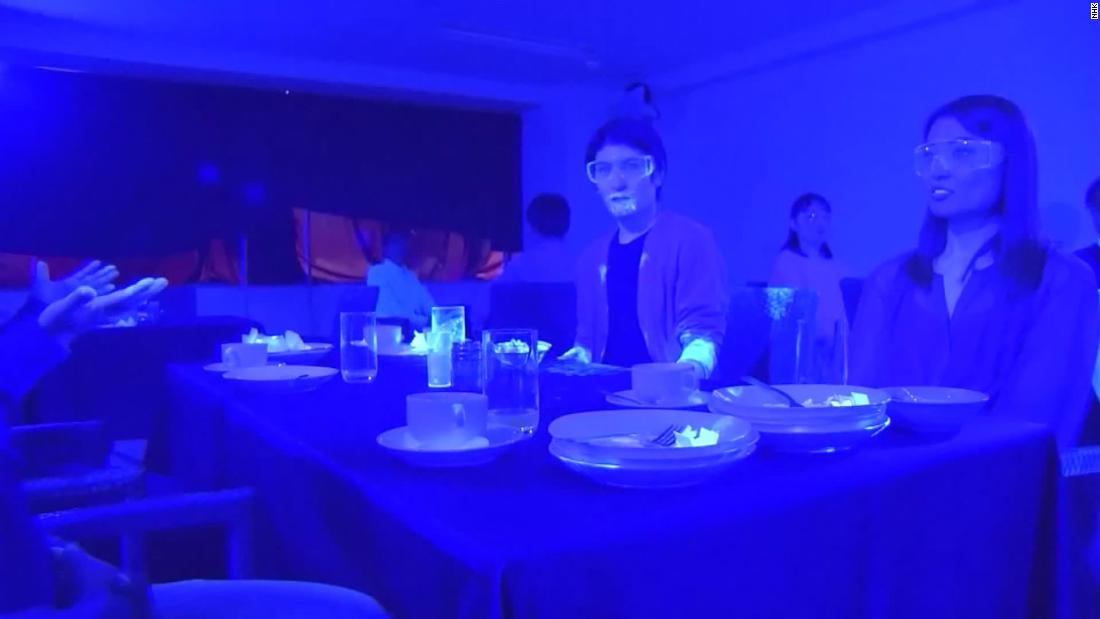 The video shows 10 people entering the restaurant, one of whom identified as the “infected” person. Each participant organizes the buffet as they would normally do, without considering potential contamination.

At the end of the video, participants are projected under black lights that illuminate where the “infection” has spread.

The substance, used to indicate germs, can be seen on food, serving utensils and dishes, and even on the faces of some of the participants.

Here’s what the experts have to say

While these types of experiments are not new, John Nicholls, a clinical professor of pathology at the University of Hong Kong, claimed to demonstrate the speed with which a virus can spread, especially when hand washing is not performed.

“What the video has shown is that it will spread to surfaces and people very efficiently,” Nicholls told CNN, “and I think it really highlights the need for what people have said about hand hygiene to stop the spread of the disease “.

However, Nicholls said that the situation is “artificial” because so much emphasis is placed on just touching.

Kentaro Iwata, an infectious disease specialist from the University of Kobe, agreed.

“The experiment just described the possibility of spreading by contact, and that’s not proof of what happened, so you need to clearly distinguish between what could have happened and what happened,” Iwata told CNN.

But both experts said that the experiment is a good way to demonstrate the importance of hand washing.

For scientific reasons, Nicholls said it would be even more effective to see the experiment after the “infected” person washes their hands for five and then ten seconds.

“So the general public has an idea of ​​the mechanism of how much the use of hand washing can actually reduce the transmission of potentially infectious material,” said Nicholls.