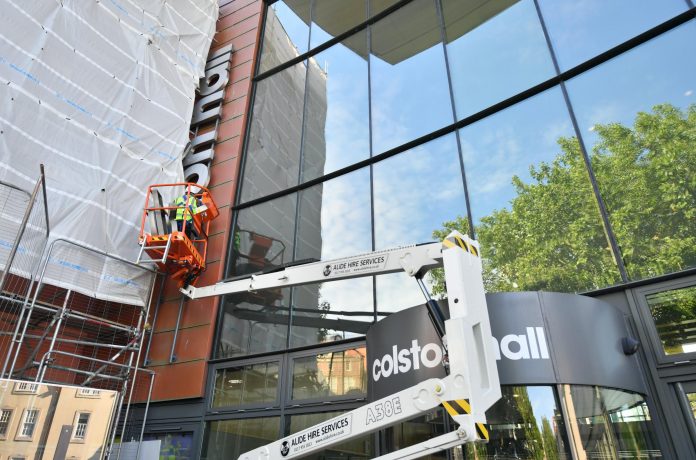 The venue in Bristol city center was built almost 150 years after the death of a disputed slave trader and the announcement of the new name is part of a 49 million renovation.

Three years ago, the Bristol Music Trust, which ran the venue, said the name would be changed in 2020.

U.S. Bristol’s association with Colston and the slave trade has been under intense scrutiny in recent months following protests by Black Lives Matter following the death of George Floyd in.

Colston’s statue was unveiled in Bristol Harbor on June 7 during the Black Lives Matter march.

A new name has surfaced at an event of a loved one without a live audience due to the Covid-19 restrictions.

Bristol city poet Vanessa Kisule wrote a poem to mark the occasion captured in a short film, and the name Bristol Beacon first appeared in the last line of the poem.

Speeches were also made by Louis Mitchell, chief executive of the Bristol Music Trust, and Marvin Rees, mayor of Bristol.

Mrs. Michelle said in her speech: “I warmly welcome you to the Bristol Beacon this morning. A symbol of hope and community.

“The focal point for music in the city. A gathering space, illuminating the way ahead. A place of welcome, warmth and light.

“We are extending an open invitation to the city for everyone to come and participate in the joy of live music. I look forward to developing our future with you. ”

The name of the place, and its associations with Colston, have long been the center of discussion in the city.

Colston Hall was founded 150 years after Colston’s death, with no financial investment or direct link to the slave trade.

Several bands, including Massive Attack, had previously refused to play on the venue because of the name.

The name change is immediate and a new logo will be installed outside the building next month.

Historic historical events are also being marked with an estimated visual lighting experience on the building.

A shorter version of the projection appeared between sunset and midnight on Tuesday in anticipation of the announcement.

The full version, including the new name, is due to be unveiled on Wednesday evening.

Bristol City Council Deputy Mayor Councilor Craig Cheney said: “I welcome something with a new name that will help reach the venue and connect with the whole city.

“It also runs in parallel with the city’s dialogue that reflects our history and how this understanding can be presented in our future.”

Other Bristol organizations are reviewing their links to Colston in the wake of this summer’s protests.

Colston’s Girls’ School began a six-week consultation in September on whether to change its name.

A separate Colston School, founded by a merchant in 1710, is also being considered for renaming.

A commission of historians and other experts will be formed in the city to consider his past and share his stories.