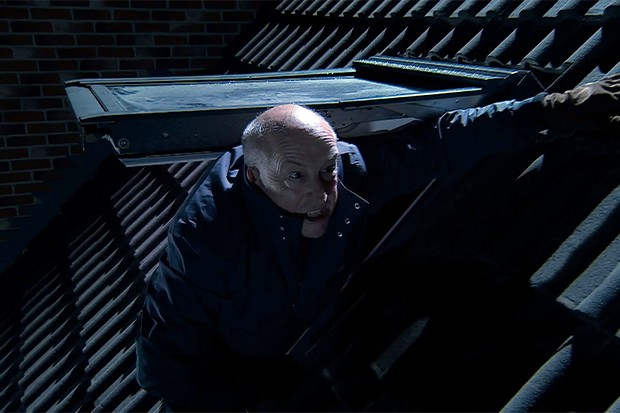 Tonight’s special 60th anniversary episode on Coronation Street was big and set aside protests to save the Cobbles from demolition, with viewers watching Joseph Metcalfe (Ian Bertholmeme) change more than ever with Jasmine and Alya Nazir (Shelley King and Sayer Khan). Caught in the firing line.

While Alya took great pleasure in advancing Geoff and ruining his plans, a nasty blow to the head of the volatile abuser in the process. When she went to collect her things she was left alone to deal with it and it didn’t go well at all.

Trapped alone with J Gef, Yasmin panicked when she set the house on fire and forcibly left her no escape except for the roof. Unfortunately, due to the protests, no one was able to hear the calls for his help and when he appeared there with Geoff, the scenes became decades.

Thankfully, Alya recovered from her injury and joined him at the same time, finally getting the moment to tell Geoff what to say about her, she struck out enough to lose her balance. As Geoff crawled on the roof, Yasmin tried to help him but he slipped further and fell to the ground below, taking him out of the picture well. Was that the end of the line for GeF?

Elsewhere, it all unfolded for Debbie Webster (Sue DeWane), when the truth about her double dealings and conspiracy against the Cobbles became public. Kevin (Michael Level) was quick to deny it.

The protest also proved successful as Ray Crosby (Mark Frost) was told to thwart his plans, and we let Abby Franklin (Sally Carmen) loose with the digger and knock the power across the street to be seen. One of our soap highlights for 2020.

So this may be a dramatic anniversary episode, but it looks like the outcome of what happened will last for a while.

Visit our dedicated Coronation street Page for all the latest news, interviews and spoilers. Check us out if you’re looking for more to see TV guide.