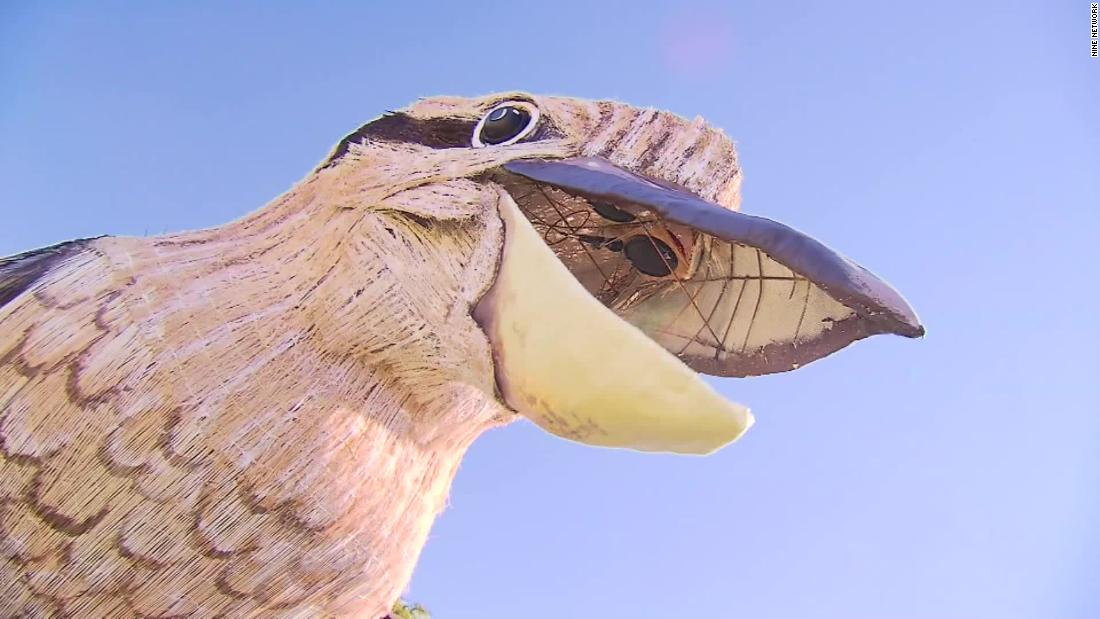 Many of us have flexed our creative muscles in the past few months, making the most of coronavirus blockade to get stuck in those DIY projects that we have postponed.

But few of these efforts have been ambitious like this.

An Australian sculptor built a 13-foot-tall electronic kookaburra – which even makes the same movements and noises as the famous Australian bird.

Farvardin Daliri took his £ 1,600 creation on trips around his neighborhood, towing it from the back of his car – and is planning to take him on tour when the block is loosened.

“They say why? Why not, you know?” Daliri told CNN affiliate Seven News when asked why he has spent the past six months making the giant kookaburra replica.

“People love it. It’s something extraordinary,” he added of his work, which was popular with neighbors in his hometown of Moggill, Queensland in northeastern Australia.

Kookaburras are kingfishers from Australia and the lure of a laughing kookaburra is intimately associated by many with the Australian bush.

Daliri said on Twitter that he used “steel, fiberglass, bamboo and panels” to make his version and that the process “took decades of practice”.

The sculptor organizes a festival in the city of Townsville in Queensland, and plans to showcase his creation there. “The biggest laugh is being made as much as people love this thing! They are excited!” his daughter Rafaan Daliri wrote on Twitter.

Surprisingly, it’s not the first time Daliri has created a giant version of a popular Australian creature. Last year he built a 1,500 pound koala, which he traveled around Brisbane.