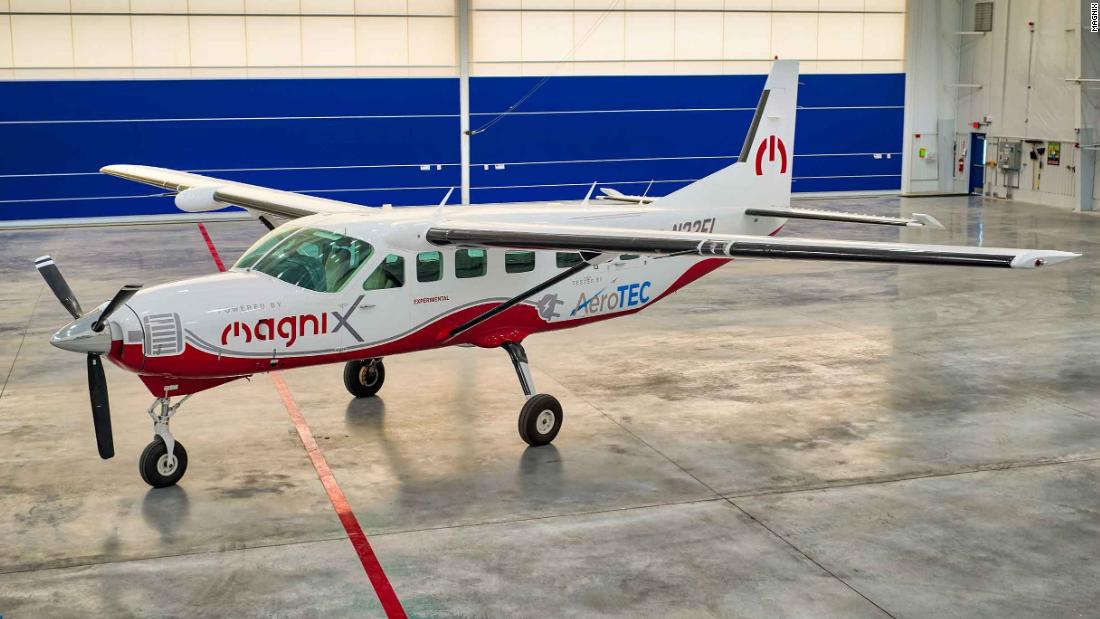 (CNN) – As concerns about the environmental cost of flying continue to grow, green propulsion systems can offer an ethical alternative.
Electric motor the technology is expected to reach a new milestone on Thursday with the first flight scheduled for the largest fully electric aircraft in the world.

The nine-passenger eCaravan aircraft is the result of a collaboration between the engine company magniX and the aerospace company AeroTEC, according to a magniX press release.

The original Cessna Caravan is one of the most widely used medium-mile aircraft in the world, with over 2,600 aircraft working in 100 countries, the press release says.

The fully electric version will use a 750 horsepower (560kW) magni500 propulsion system.

“Being the largest fully electric aircraft in the world, this first flight represents a significant milestone for disrupting the transportation industry and accelerating the electric aviation revolution,” said the press release.

He continues, “the ultimate goal of magniX is to better connect communities by bringing to the market an advanced all-electric propulsion system that offers lower operating costs and zero emissions”.

The company also supplied propulsion systems for a six-seater fully electric aircraft, piloted for the first time in October.

Harbor Air operator called the flight “the world’s first” for the aviation industry after the plane flew about 15 minutes after taking off from Vancouver, Canada.

At the time, magniX CEO Roei Ganzarski said in a statement that the transportation sector – and in particular the aviation sector – is “ripe for serious disruption”.

Ganzarski added that the flight showed that “cheap, environmentally friendly and commercial electric air travel” could be possible in the “very near future”.

Fully electric propulsion aircraft have also been developed in other parts of the world, including the United Kingdom.

Cranfield Aerospace Solutions (CAeS) in England announced in November that it is working on electric aircraft, estimating that commercial flights could start as early as 2023.