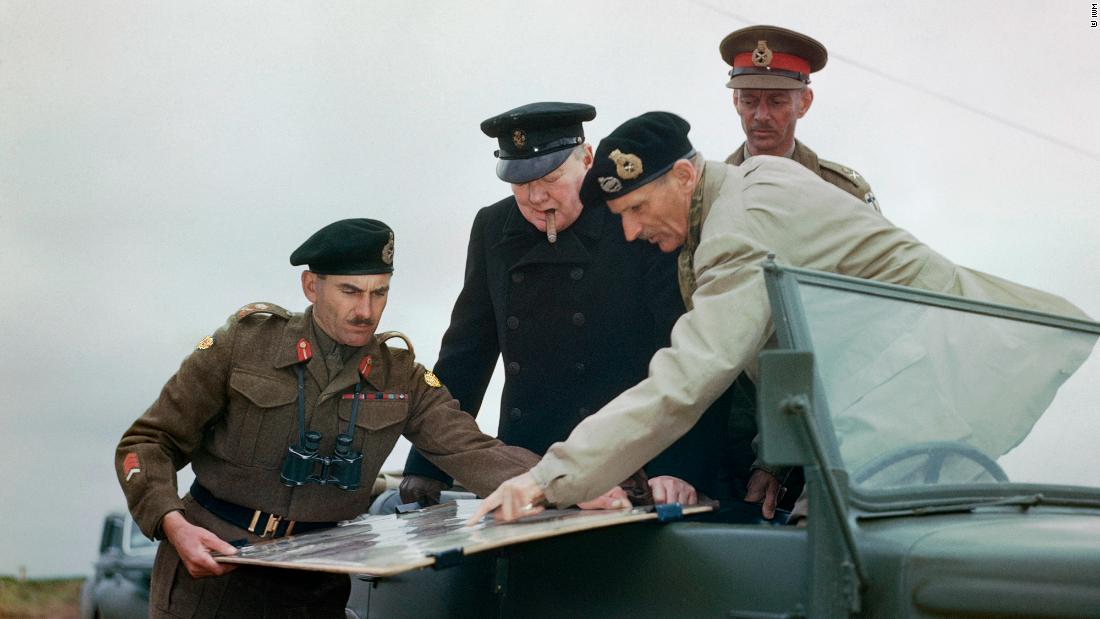 Operation Overlord was launched over 76 years ago on June 6, 1944. Commonly known as D-Day – a military term for the first day of a combat operation – it was the largest maritime invasion in history and the battle for Normandy began. , which successfully opened a second western front in Nazi-occupied Europe.

American, British and Canadian forces landed simultaneously on five beach heads in northern France, with the support of more than 13,000 planes and 5,000 ships.

Aware that the Normandy campaign would be a crucial step in the war, the Allies prepared to document it extensively through films and photographs.

“All the previous year was an accumulation in terms of resources, human resources and planning, so the Allies knew it was going to be a big problem … or a failure,” Anthony Richards, head of documents and sound at Imperial War Museum (IWM) said in a telephone interview.

“With this in mind, it was really important for them to document it photographically and on the film, as a historical event but also for propaganda reasons.”

Richards’ latest book, “D-Day and Normandy: a visual story” it contains unpublished and rarely seen photographs of the landings on the beach, many of which were taken by professional photographers incorporated into specific units.

“They were on the front lines with the troops coming in. They were capturing the action as it was happening. They would have been under fire, so they were obviously very brave people who weren’t holding back,” Richards said.

Around 6:30 on June 6, the 160,000 troops who had crossed the Channel during the night began to go ashore. The beaches were heavily fortified and full of obstacles.

Some images, like the one above, show the exact moment when the individual units landed.

“You can almost see that the soldier right in front carries bagpipes. This is because he is the piper for that particular unit and was about to start playing while crossing the water to keep morale high. In a sense, it’s perfect image. dangers and everything they were facing, “said Richards.

Also, the cameras that the photographers worked with were very bulky.

There was a real risk that they would drop their equipment, especially when they were in the water, which would have probably ruined the film.

“We know for sure that many films have been damaged by seawater, while cameras could drop to the ocean floor today and would probably be fine,” said Richards.

After the battle, the film was brought back to England along with a drug sheet – a form that describes each image of the scroll and the unity from which it came.

Although most of the photographs in the campaign are in black and white, several thousand images were taken towards the end of the war using newly developed color films, revealing details that otherwise would have been lost.

German prisoners are escorted along one of the gold zone beaches on D-Day. Credit: © IWM (B 5257)

See also  Elim CDM 2022 / Europe: Scotland overthrow Israel, Denmark continues and Austria confirms
By the end of August, the allies had immediately more than 226,000 victims (with almost 73,000 deaths) and Germans more than 240,000. Between 13,000 and 20,000 civilians also died. But northern France was liberated and the allies advanced to Germany from the west, while the Soviet army entered from the east.

These images offer a rare insight into this decisive victory. “This visual disc brings everything to life and really puts it into perspective,” said Richards.

“This is the maximum value of images like these: they help us confront history and put us in the place of those soldiers.”

“D-Day and Normandy: a visual story” is published by IWM.