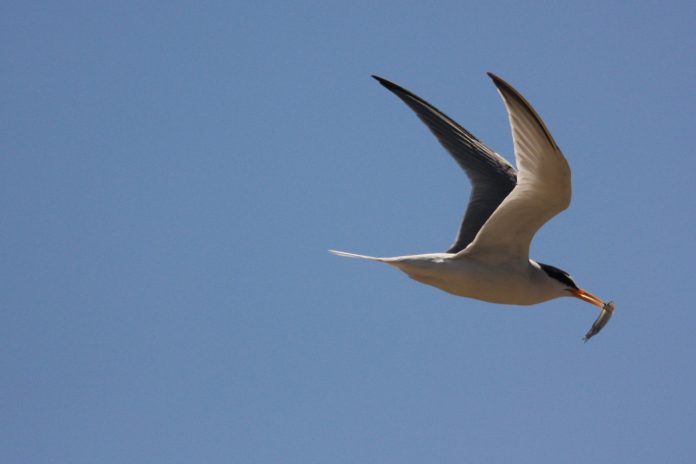 The colony of one of the country’s rarest seabirds has had its most successful season in more than 25 years, the National Trust said.

Pairs of small pieces of the nest raise more than 200 chicks at Blake’s Point, which is spit four miles off the coast of North Norfolk, handled by conservation donations.

The news began to welcome the beach, which has been in a national decline since the 1980s, with less than 2,000 pairs left in the UK.

The Rangers counted 154 pairs of small turns of the nest over the summer months and 201 chicks – the highest since 1994.

They believe this was partly because the birds were less disturbed by the people this year, with fewer visitors to the venue at the start of the breeding season during the first national lockdown.

Even the small stripes at the very end of The Point, which is beyond the mainland, went there with fewer visitors.

They believe this could be again, as the birds live farther away from the house, and were all together, meaning there was little safety in numbers.

Staff kept an eye on the spot to stop the hunters using techniques such as placing food sources away from the settlement.

They also used clay decoys to encourage nests in suitable areas of the coast.

It was an equally successful year in the general field, with 289 pairs escaping with at least 170 chicks, the most since 1999.

Rangers believe the humid weather in June contributed to the dramatic increase that other common colonies led to the migration of birds to the Blackie.

The sandwiches were late arriving at the turn site but reached a high number, almost three times more than last year.

Chris Bilby, National Trust Country Manager, said: “Black Point is part of a network of infrastructure for housing and plays an important role in the survival of migrants this summer.

“Small waste has been declining rapidly in the UK over the last few decades, so it is especially beneficial to see so many small seabirds escaping from their nests.

“The species is still very endangered and we will need to continue our efforts to ensure that their species are safe.

“But, so far, 2020 has been a challenging year, so it’s good to be able to celebrate a successful season.”

After completing the epic migration from Africa, Vasant reached Tumu Blanc’s point for the first time.

During most breeding seasons they are cared for by a team of rangers and volunteers who camp at the Lifeboat House to provide a 24-hour watch.

However, the restrictions imposed by the coronavirus epidemic this year meant that renovators had to make daily trips over Shingle Ridge to protect settlements – including counting tenants, rescuing hunters and talking to visitors about what they do.