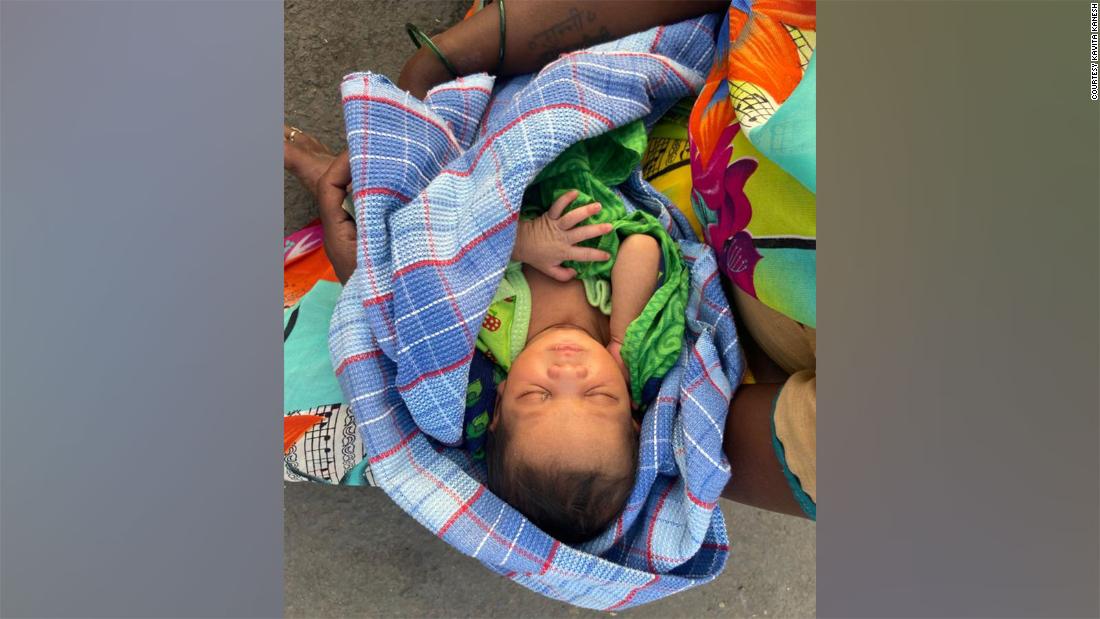 The woman, whose identity is unknown to CNN, was walking with her husband and four other children from the city of Nashik in Maharashtra to the city of Satna in the adjacent state of Madhya Pradesh.

Somewhere along the way, the woman stopped and gave birth to a baby girl. A few days later, she was stopped by Kavita Kanesh, an official at the checkpoint in Madhya Pradesh.

“He just rested for about an hour and a half or two hours after giving birth. The family had no money, no means of transportation, nobody was giving them a lift,” Kanesh told CNN.

Kanesh said the baby was born on May 5, four days before they reached the checkpoint.

The family had left Nashik because they had nowhere to live and the country’s coronavirus blockade had left them with no means of making money, according to Kanesh.

Kanesh told CNN that he had organized the transfer of the woman to a quarantine facility for medical treatment.

Thousands of migrant workers have attempted to leave Indian cities and return to their migrant villages since the country’s coronavirus restrictions came into effect.

Due to widespread public transport closures, some have been forced to travel on foot.

India has so far recorded over 78,000 coronavirus cases and 2,551 deaths, according to data compiled by John Hopkins University.