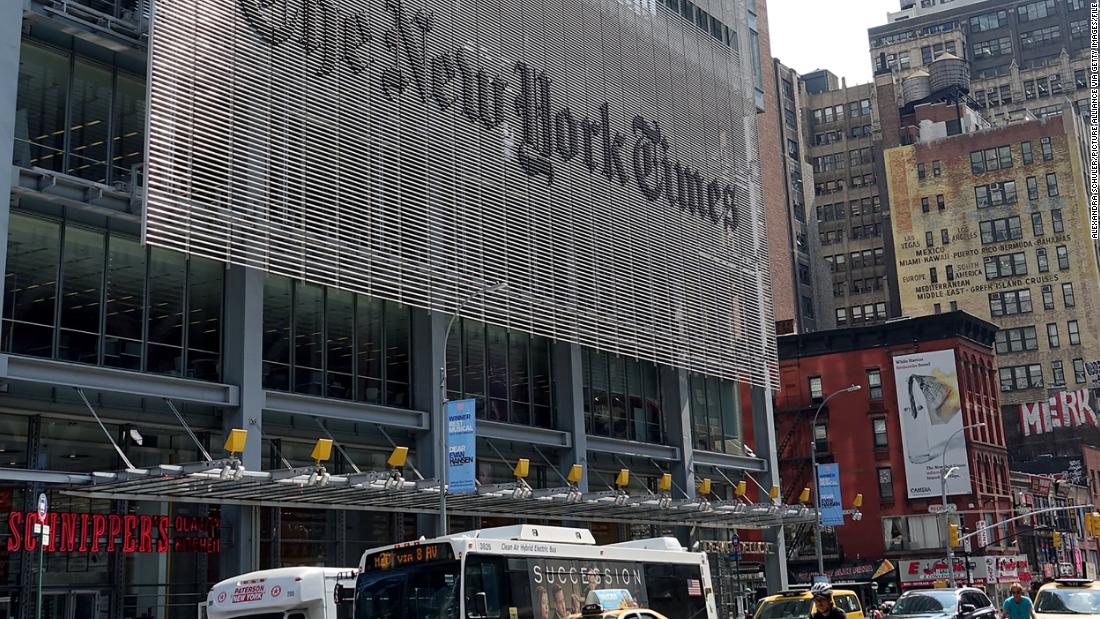 James Bennet, the editor of the editorial page, announced during the meeting that Cotton’s editorial work, published online Wednesday, would not be published in the press on Sunday as originally planned, many staff members looking at the virtual town hall they told CNN Business.

Bennet, who apologized for the debacle, added that the Times would add an editor’s note to the online version of Cotton’s work.

Cotton’s piece, published under the title “Send In the Troops”, claimed that the Insurrection Act could be invoked to deploy military personnel across the country to help local law enforcement agencies with riots triggered by the death of George Floyd.

The magazine was published in the Times’ opinion section, but both opinion and editorial staff – who operate separately from each other – this week publicly disagreed.

Although the Times released a statement Thursday evening stating that the magazine did not meet the newspaper’s standards, it was still online Friday afternoon without updates and without an editor’s note.

The Times spokesmen did not contest the details contained in this story. Caroline Tabler, Cotton’s director of communications, told CNN Business that the Times had not communicated with the senator’s office since Thursday evening.

Sulzberger, who had issued a lukewarm defense for publishing the editorial on Thursday, told the town hall that Cotton’s piece should not have been performed in The Times, people said on the call.

Bennet, according to two of the people involved in the call, acknowledged the staff that he had not personally read the piece before its publication, although he said it had been reviewed by senior editors and said the process “stopped” and was “hurried.”

Bennet – that the employees of the call described appeared “troubled” and “shaken” – had published an article defending the decision to direct Cotton’s office less than 24 hours before his comments.

Bennet said that conversations with his black colleagues influenced his way of thinking, according to one of the people involved in the call.

Both Bennet and Sulzberger said that the editorial process was not adequate at the moment and presented structural problems, said a separate person in the call.

Bennet was asked for tweets by Bari Weiss, a writer for the opinions section. In a series of tweets on Thursday, Weiss said there was a “civil war” in the newspaper between “awake” and “older liberals”.

Bennet expressed disappointment with Weiss’s tweets. Weiss did not immediately respond to a request for comment.

Baquet, who heads the Times editorial staff, told his colleagues about his black man experience in America, two of the people involved in the call said.

Baquet has told staff that he occupies a position of considerable influence in journalism, but that when he walks down the street in jeans and sneakers, he is seen differently in the eyes of society.