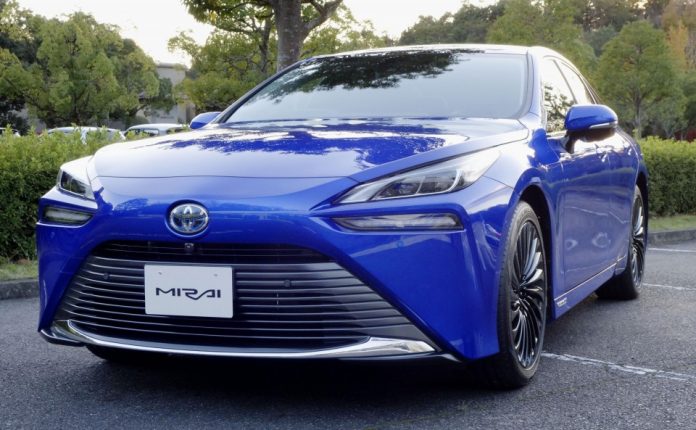 Toyota Motor Corp. on Wednesday unveiled its second-generation Mira Hydrogen fuel cell vehicle, compared to the original model in terms of its improved fuel efficiency and longer range, which was the world’s first mass-produced FCV.

The five-seater Mirai has three tanks to hold hydrogen fuel used to generate power for its electric motor, giving it a range of 850 kilometers, about 30 percent more than the first pay generation, a four-seater model that can carry 650 passengers. Is. Km on its two tanks. Toyota launched Mirai in 2014.

Toyota is boosting the FCV’s promotion with the unveiling of the new Mirai on Wednesday, increasing its output capacity to about 30,000 units a year.

FCV is powered by electricity generated by a chemical reaction between hydrogen and oxygen and does not emit carbon dioxide.

They are considered the green alternative to traditional gasoline cars, but given the limited range of vehicle choices and the relatively small network of hydrogen fueling stations, they face obstacles in achieving widespread.

The pace for low-emission-Japan is in line with Prime Minister Yoshihide Suga’s pledge to achieve carbon neutrality or to reduce carbon emissions to zero on a net basis by 2050, a goal also sought by the European Union and Britain. U.S. President-elect Joe Biden has also stated his intention to curb carbon emissions.

Focus: Japanese companies may face a roadblock on China’s policies