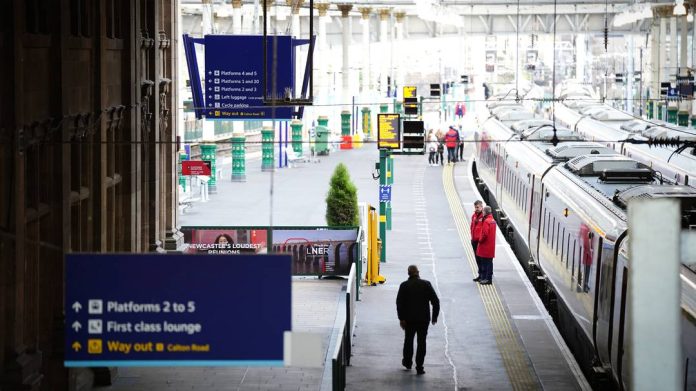 Edinburgh. In Scotland, trains may in the future have coaches that only women have access to. The northernmost part of Britain is discussing the advantages and disadvantages of such a division, which aims to give women more protection when traveling late in the evening and at night, the BBC reported on Tuesday.

Scottish National Party (SNP) Transport Minister Jenny Gilruth started the debate a few days ago and announced she wanted to consult with women and women’s organizations on how to make travel safer for them. Gilruth told Parliament in Edinburgh that he himself remembered that “several trains full of drunken men” were buried next to him, even though the coaches were almost empty. Other women, including YouTuber Luna Martin, also pointed out that they are always on alert with cell phones and keys in hand.

encouragement from a women’s organization

According to the BBC, Scottish train services are to be stripped of their private rights by 1 April. After that, a public agency would be in charge of operations, allowing the government to make changes.

Support came from women’s organization Young Women Movement Scotland: “Even if it only helps a handful of women feel safe on trains, it’s worth it,” said activist Kelly Given. On the other hand, a transportation union described the proposal as a “logistics nightmare” that could only be met with more staff.