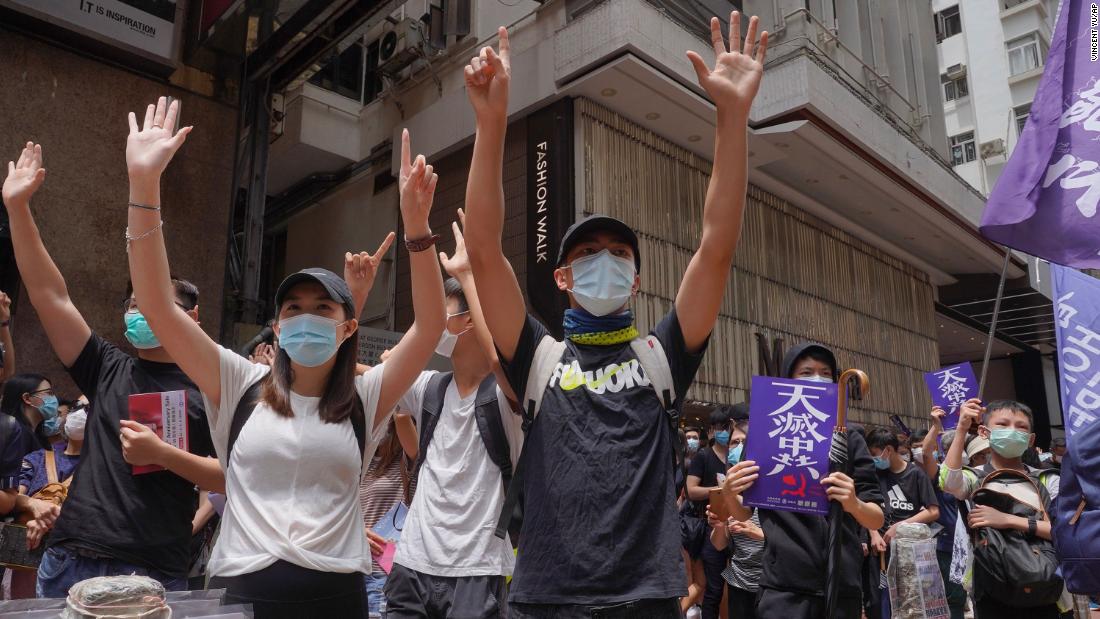 Last summer, Trump promised Chinese President Xi Jinping that he would remain silent about undemocratic moves on the ground while they were negotiating a trade deal, even though he signed a new sanctions law potentially targeting Chinese and Hong Kong officials. In November, Trump said he was standing with democracy demonstrators in Hong Kong, but “I am also standing with President Xi, he is a friend of mine.”
Things are different now that Trump has identified China as a scapegoat for a pandemic that has killed nearly 100,000 Americans. “Everything comes from above. They could have easily stopped the plague, but they didn’t” he tweeted last week. Relying on anti-Chinese sentiment, his administration has called the controversial new security law “disastrous” and, while Hong Kongers flees the street in protest, Trump may tiptoe towards a break with Xi.
Two questions arise as fears of a new Cold War grow: first, how long is Trump’s friendship with Xi compatible with his assault on China? Secondly, does the President still believe that bailing out the trade agreement is critical to his hopes of re-election? The responses will shape the way the United States moves over Hong Kong, amid Congress’ demands for decisive action. A final sanction remains in Trump’s arsenal: the lifting of the special commercial status of the United States of Hong Kong, which could affect its role as an international financial hub.