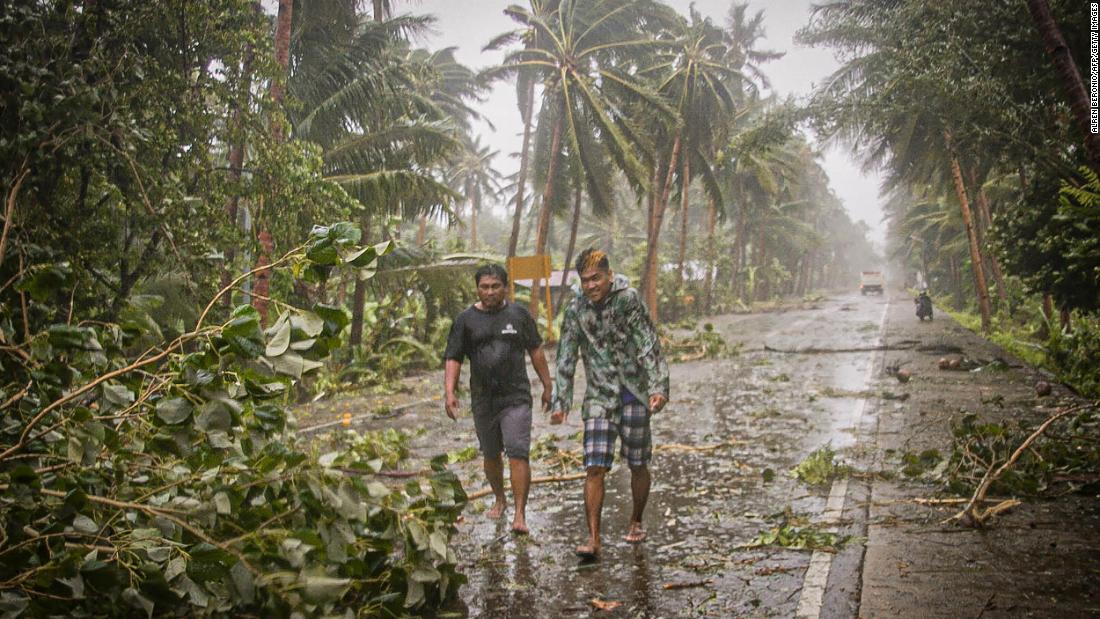 The typhoon hit eastern Samar on Thursday around noon local time. It is the first named storm of the 2020 season in the western Pacific.

Vongfong blows winds of at least 115 mph, an intensity that makes it the equivalent of a category 3 hurricane.

The violent winds of the storm resulted in the evacuation of tens of thousands of people, according to the Reuters news agency.

At least 200,000 people live in the coastal areas near the affected Samar area.

The pandemic complicated the evacuation process in a country often hit by typhoons. More than 50 million people in the Philippines they live under strict blocking rules imposed by President Rodrigo Duterte in an attempt to contain the virus.
The country currently has 11,876 disease cases, according to data from Johns Hopkins University.

To counter its spread, evacuation centers in central Philippines will only be filled to half the capacity, according to Reuters. The evacuated will have to wear face masks.

Vongfong is expected to gradually rotate northwest and is likely to weaken on earth.

Significant rainfall is expected to continue over parts of the Philippines, including the vast regions of Visayas and Bicol and northern Luzon.

The Western Pacific typhoon season does not have a beginning and end defined as the hurricane season in the Atlantic, as storms form in the area during the year.

Vongfong’s arrival marks the eighth start of the season since 1950, according to Phil Klotzbach, a researcher at Colorado State University.

Due to the position of the Philippines in the tropical Pacific, the country is affected by around eight to nine storms in an average year. The typhoon is also called Ambo locally in the Philippines.

See also  The case of extradition of financial director Huawei Meng Wanzhou from Canada to the United States can continue, judge the rules