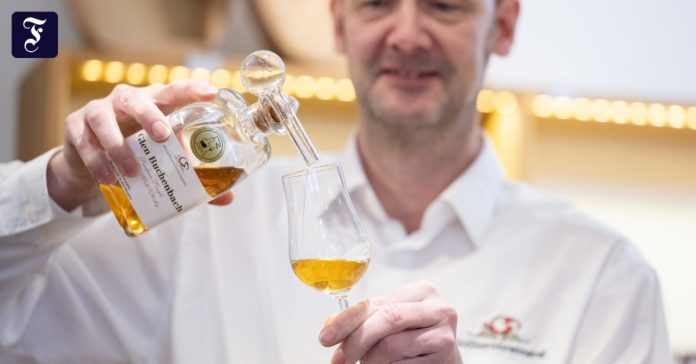 After several years of litigation regarding the name “Glen Buchenbach”, the court found that “only Scotland has wharves”. Swabians now want to call their gin “Glen”.

Fit lasted almost a decade indictment, which took those involved to the European Court of Justice and caused a stir internationally. Now it’s clear: Whiskey with the designation “Glen” must be Scotch. This was decided by the Hanseatic Higher Regional Court (OLG) and rejected the appeal of the Klotz French Horn Distillery from Berglen near Stuttgart.

The distillery sold the whiskey “Glen Buchenbach”. According to the distillery, the Scotch Whiskey Association (SWA), an association of Scottish whiskey distilleries, contacted the Swabian people in mid-2013. The SWA argued that the term ‘glen’ is closely related to Scottish and Scotch whisky. The court followed this logic and thus upheld the decision of a regional court from the spring of 2019. “Geographic information in the food sector is specially protected,” OLG said. This also applies to allowances. This is sufficient if the product can be associated with a protected geographical indication by designation. It can be assumed on the basis of surveys, the distillery could not refute it. The decision is not yet final and a non-admission appeal can be filed.

SWA director Alan Park said he was pleased with the decision. Worldwide defending the name Scotch is “essential to protect the national drink of Scotland”. This discourages manufacturers who want to take advantage of Scotch’s reputation. “Of course we respect and accept the decision – but we don’t understand it,” according to a statement from the distillery’s shareholder, Jürgen Klotz. “Glen” means “valley”, the court “officially confirmed that there are only valleys in Scotland”. SWA – for that “Whisky Goliath with billions of sales” – is “simply overwhelming”. The distillery now wants to name the whiskey “Buchenbach Gold”. The gin will be called “Glen Buchenbach” in the future, and each bottle from the distillery should say: “From the Forbidden Valley”.