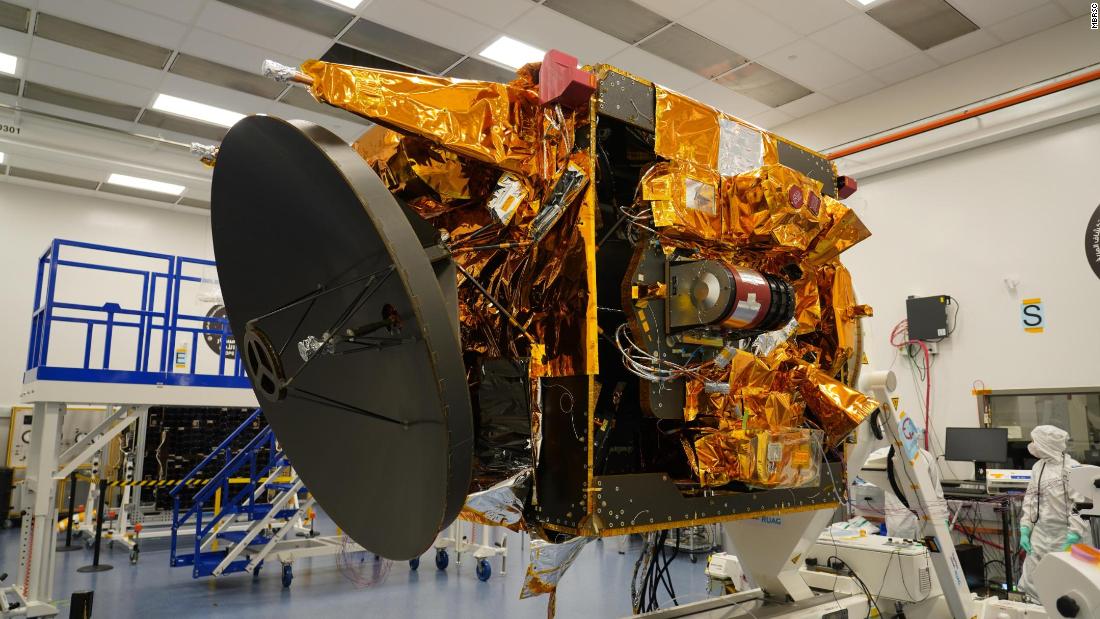 If all goes according to plan, the United Arab Emirates’ Mars Hope Probe (or “Al Amal”) will explode this summer, reaching the Red Planet in February 2021.

Not only will the arrival of the 1,350 kilogram probe coincide with the celebrations for the 50th anniversary of the establishment of the United Arab Emirates, it will also mark the first time the country has orbited Mars.

Hope scientists, from the Mohammed Bin Rashid Space Center in Dubai (MBRSC), plan to send the aircraft into space at the same time as NASA’s Perseverance Rover and the first Chinese mission to Mars, Tianwen 1. They are aiming to launch during the biennial window, when Earth and Mars are closest to each other, starting in July 2020 and early August.

Although the coronavirus pandemic forced the Emirates Mars Mission (EMM) team to adjust their plans, it says it is still on track to launch on schedule.

“When Covid-19 entered the equation, it certainly took complexity to a different level,” says Omran Sharaf, head of the EMM mission.

Hope was dispatched to Japan three weeks ahead of schedule, while a team was dispatched two weeks earlier, allowing them to be quarantined, he says. However, this should not affect the launch of the mission, he adds.

“Are they ready for launch? We’re almost there,” says Sharaf. “We continue testing until the last minute.”

To help build the spacecraft, the EMM team collaborated with a team in the United States at the University of Colorado Boulder atmospheric and space physics laboratory.

According to MBRSC, Hope will travel approximately 493 million kilometers and star trackers will help put the autonomous ship into orbit. Across such a vast distance and with so many factors beyond the team’s control, Sharaf recognizes that there is a risk of failure.

“Mars is risky and Mars is difficult,” he says. “The mission has been five times more complex than the missions we’ve worked on before.”

The probes have been sent to Mars from Earth since the late 20th century. Recent missions include NASA’s Curiosity rover, who has been taking photos of the Red Planet since it landed in 2012.
Hope Probe is one of several space projects MBRSC in Dubai has worked on in recent years, including the launch of two satellites, sending the first Emirate in space and the ambitious goal of building a human settlement on Mars by 2117.

EMM chief scientific officer Sarah Al Amiri says the team has set itself the goal of building the first complete picture of the climate of Mars during the Martian year, because there is a gap in data and understanding.

“There has never been a mission before it has taken complete datasets on the Mars weather system … for an entire day and at any time of the day,” he explains.

Studying its meteorological system, including changes in the atmosphere and climate, could help understand how Mars – a planet that shared features with Earth – it went from having rivers and lakes to having no water on its surface, he says.

“One of the reasons why Mars has evolved in the state it is in is atmospheric loss, and it is also one of the reasons why liquid water cannot be stable on the surface,” says Al Amiri. “For us, water is the source of life and it is a little worrying that there is a planet out there in our solar system and that its climate or atmosphere has started to change and the water has been lost from the surface. ”

To put the puzzle together, the probe will aim to take a variety of measurements, allowing you to explore different theories. Al Amiri says the team is particularly interested in a possible link between dust storms and the loss of hydrogen and oxygen – the building blocks of water – from the Martian atmosphere.

See also  Who was Fanny Eaton? Google Doodle celebrates the meeting of the Jamaican-British Artist Museum at RA in 1874

Reaching for the stars

In addition to facing national challenges like water securityAl Amiri, who is the Minister of State for advanced sciences, says that EMM has the broader goal of inspiring United Arab Emirates youth to take an interest in Science, Technology, Engineering and Mathematics (STEM).
To find out more: the United Arab Emirates look to Mars for STEM inspiration

Before EMM, he says that people with scientific backgrounds had fewer career opportunities – often limited to education or research – but the mission opened up a variety of new possibilities.

“The mission created a mentality for young people that there are opportunities for them to work in areas where they would never have thought they could work,” he says.

Young people will be important in trying to move the UAE economy out of oil, he explains.

“For us, EMM was a catapult for the United Arab Emirates venturing into space,” adds Al Amiri. “It’s a transition from a natural, service-based economy to an economy based on creativity and knowledge.”