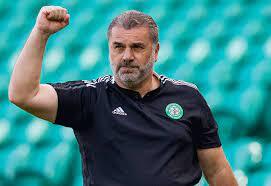 The year 2022 could be the year Postecoglou shows the world his true potential. Australian manager Ange Postecoglou won a trophy in his first few months at Celtic, proving doubters wrong to underestimate him. The coach is renowned for his relentlessness and will be aiming even higher this year: more goals, more trophies, so what can you expect?

Unlike recent years when the club’s results have not matched its standards, 2021 has been a particularly good year for Celtic as they have won the Scottish League Cup. Postecoglou hopes to build on this success and has already recruited new players. At times during the season the club found itself short of players and the manager decided to strengthen the team in order to avoid a repeat of that situation. The three Japanese players Yosuke Ideguchi, Daizen Maeda and Reo Hatate have therefore been recruited from Glasgow in an attempt to replicate the rapid success of summer recruit Kyogo Furuhashi. Furuhashi already has 16 goals to his name this season in all competitions and is a key element of Postecoglou’s attacking play style. Maeda arrives in Scotland having scored 22 goals in the J-League last season. Ange is therefore hoping that these Japanese recruits will have a significant impact on the goals scored but is not ruling out other players, including Socceroos midfielder Riley McGree, who is already being rumoured for a possible move. The player would add real versatility to Celtic’s midfield and is more than capable of contributing in the final third.

Postecoglou is pushing his team forward and the attacking players, such as Tom Rogic who are starting to find their feet in front of goal. You can feel that the team is evolving and the shots are starting to come off. There will be some good action in the future.

The manager said that the style of play the Hoops had shown was not a one-off but the style of play he wants the team to adopt on a regular basis and at a better level than before. If the team can do that, they have a good chance of performing well. Ange Postecoglou is both demanding and motivated.

Yes, the Hoops have improved considerably but not enough to win the Scottish Cup this time. The performance against Rangers on 17 April was impressive, but Celtic were unable to get the better of them.

Pugnacious Ange Postecoglou has not said his last word and is not giving up, Celtic and Rangers will meet again at the beginning of May in the Scottish Premiership. Even if there is no title at stake, the coach will have analysed the previous game and put in place a strategy to triumph over this historic rival. For the next games, don’t hesitate to check these Best Betting Sites if you want to bet!

The adventure has just begun

Ange Postecoglou is being hailed as Celtic’s saviour, with fans clamouring for him to sign a long-term contract to build and secure his legacy. He is adored as much for his game and management intelligence as for his personality. He is a visionary leader, who has respected the club’s identity while infusing it with newness. The January signings really gave the fans confidence. That confidence grew as they watched players like Callum McGregor, Tony Ralston and Tom Rogic blossom and play brilliantly. By the end of January, Ange had earned the trust of the fans, he perfectly embodies the We Never Stop Mantra.

Fans are so enthusiastic about Ange that a statue of him on the front of Parkhead is currently being considered. And to be told that Ange was not the first choice to coach Celtic… Indeed, he was chosen only because Eddie Howe was not available! Remember how his appointment was criticised because of his lack of experience in Europe but His exceptional management of people, solid coaching, tactical sense and sharp eye quickly put everyone in agreement. But that seems like ancient history as Celtic look to the future!

Ange Postecoglou is laying the foundations for Celtic to enter a brilliant era and dominate Scottish football as a gateway to the European championships. So this is just the beginning of the story between Ange and Celtic.