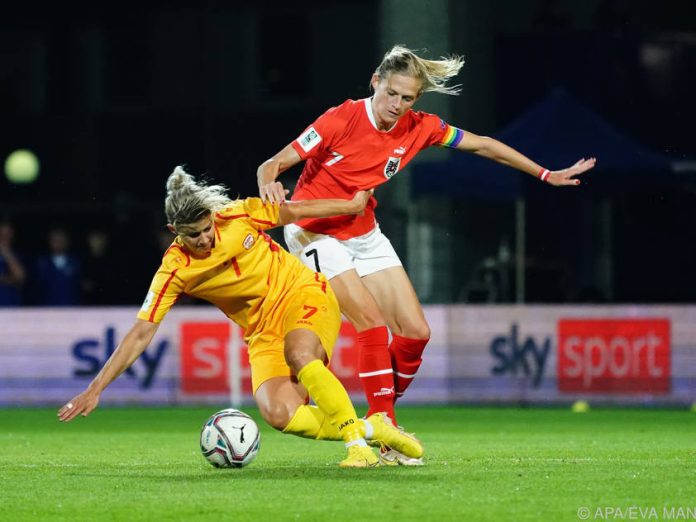 Weininger & Co. has to survive in Scotland

The Austria women’s national team will face Scotland in the first play-off round for the 2023 World Cup in Australia and New Zealand.

Expectations of FB selection for the home game were not met, with captain Carina Weininger & Co scheduled to play on 6 October. If the promotion is successful, Ireland will wait on 11 October. In this game, the Austrians would have domestic rights. It was the result of Friday’s draw in Nyon.

The Scots were not present at the European Championships in England, their only appearance on the World Cup stage being in 2019, where they managed to win just one point. They are ranked 23rd in the FIFA rankings, just behind the Austrians, who are ranked 20th. They have so far not been able to win a single of their three doubles with Scotland, although all games took place before the 2017 European Championship Summer Fairy Tale (semi-final). “A special challenge awaits us, we haven’t played against Scotland for a long time, but we have never been able to win,” said OFB team boss Irene Fuhrmann.

After a duel with England and Northern Ireland in the World Cup qualifiers and the European Championship final, you’ll have to deal with a very strong opponent again. “They play very vertically and they have very good footballers in their ranks, some of whom are in the English professional league. The fact that we have to play away from home doesn’t really make things easy,” said the Viennese. Defender Jennifer Beatty, 31, is a teammate at Arsenal along with OFB goalkeeper Manuela Zinsberger and right-back Laura Wienroither.

In Italy, Austria’s substitute goalkeeper Isabella Kresh plays with Scottish striker Lana Cleland in Sassuolo. The Scots are coached by the 46-year-old Spaniard Pedro Martínez Llosa. Midfielder Caroline Weir has been with Real Madrid since the summer.

The most recent clash with the Scots was a 3–1 defeat on March 6, 2017 as part of the Cyprus Cup. Scotland had previously won twice (5–0, 2–1) in the World Cup qualifiers for the 2003 final. But now it has no meaning, as a lot has changed for the better in the OFB camp since then.

“We showed at Euro how good we can be. That has to be confirmed in October. But it’s a tough road, there are no easy opponents,” said midfielder Sara Zadrazil. And Ginsburger added: “We have always been a team that has been given nothing, we will give it our all to the end.” As the fourth-best group runner-up, a bye was simply missed for the start of the play-offs. “Of course it would have been more comfortable to skip the first round, but now we have enough quality to survive round two,” said Laura Fairsinger, looking forward optimistically.

Fuhrmann primarily wanted a home game at the start because the FB course only starts on 3 October before the game. There is not much time left in the preparation. Now you also have to think carefully about the travel planning. It is quite possible that the team will meet in Scotland. Fuhrmann had recently expressed this desire after a 10–0 win against North Macedonia for the qualification final. Belgium (19th) could have been more difficult, but easier, with Portugal (27th), Wales (30th) and especially Bosnia-Herzegovina (63rd).

second round of paper form good

FB squad can’t complain about the second round, Iceland (14th) and Switzerland (21st) would have been much more unpleasant than Ireland (26th). In addition, there is a home advantage at a stadium that has not yet been decided, but which in all likelihood will be larger than the one at Wiener Neustadt. “On paper as a whole, Ireland are the easiest opponents of the three seeded teams, but the truth always remains. They played confidently in the top three teams,” Fuhrmann said.

Iceland plays winners from Portugal against Belgium, Switzerland hosts Wales or Bosnia-Herzegovina and thus has the easiest handicap on paper. However, in the end only the two teams with the best points (including qualification) will win the ticket to the World Cup. The third play-off winner will get to try his luck in the Intercontinental Play-off in New Zealand in February 2023.