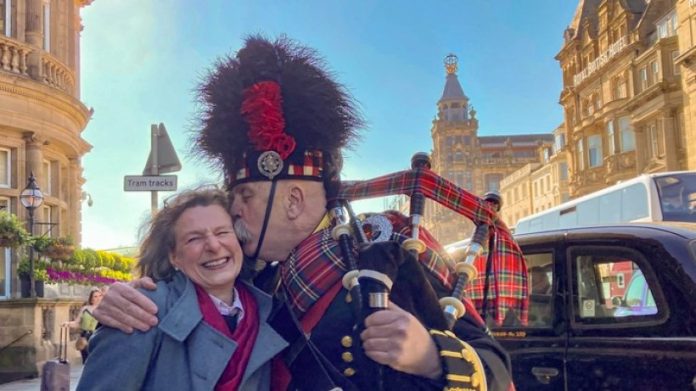 “On the Road in Scotland” by Jeanine Apsell follows the Royal Scotsman, a train that is a rolling hotel on rails, carrying guests from Edinburgh through the Scottish Highlands to the west coast. The journey takes you to deep lakes, which are called lochs in Scotland. There are about 30,000 of them. Loch Lomond is Britain’s largest freshwater lake, and Loch Ness is one of the country’s most famous attractions. Other highlights: Driving across the Glenfinnan Viaduct and the almost untouched Rannoch Moor. Along the way you meet people like Kate Fieldhouse, who is active in one of Scotland’s many reforestation projects, or Jim Bicker. The former gym teacher now serves as master of ceremonies for weddings at Mount Stuart House, a Victorian mansion.

Hardly any place in the world is as famous for paradisiacal landscapes as Hawaii. Christopher Gerrish and Anja Kindler’s film, “Hawaii’s Hidden Paradise”, travels to different regions of a Pacific island kingdom; From the lush valleys of Kauai to the mighty volcanoes of the Big Island, to the crystal clear shores of Oahu. The coasts of Hawaii are also a haven for surfers from all over the world. One is Tom Pohaku Stone. The 71-year-old former university teacher is not only a living surfing legend, but has spent his life exploring his cultural heritage, his Polynesian roots. The documentary also introduces people who are devoted to Hawaii’s unique flora and fauna.

See also  "Impatient" ITK to Sakhir G.P. - First made contact with Williams on the F1 seat for F1

Both films are available to accredited journalists in the screening room of the ZDF press portal.

A royal train journey through Scotland