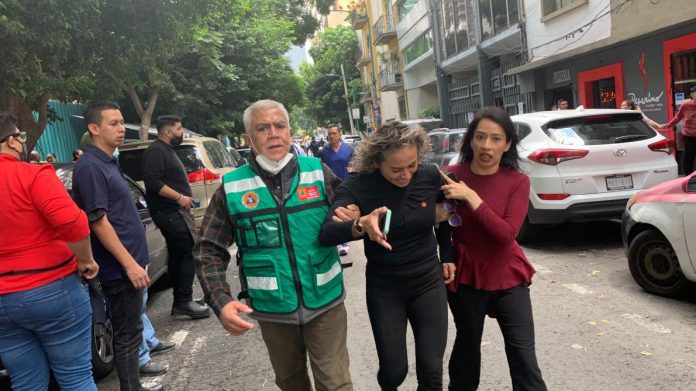 YouThe National Seismological Institute said a strong 7.4-magnitude quake struck western Mexico on Monday and was felt as far away as central Mexico City, on the same day as the devastating 1985 and 2017 earthquakes.

“We sincerely hope nothing serious has happened,” President Andres Manuel López Obrador tweeted. The epicenter of the earthquake was located in the state of Michoacan (West).

“There are no reports of damage yet,” Mexico City Mayor Claudia Sheinbaum said on Twitter. Barely half an hour after anti-earthquake drills, residents again took to the streets in the capital, sounding the alarm. “We didn’t think it was true! But if. It’s impressive that today, once again, the earth is trembling so loudly,” Karina Suarez, 37, told AFP in the center of the capital.

An anti-earthquake exercise is conducted every year in Mexico City by the authorities to mark the double anniversary of the two major earthquakes of September 19, 1985 and 2017. On September 19, 2017, a 7.1 magnitude earthquake killed 369. People.

On 19 September 1985, a magnitude 8.1 earthquake devastated the center of Mexico City, killing more than 10,000 people, most of them in the capital.

See also  "Worms in milk", "incidence of faeces"... TUI is obliged to reimburse the holidaymakers