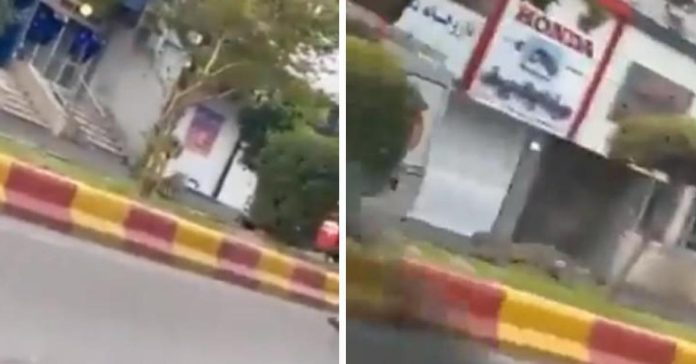 A leopard attacked a policeman on Sunday morning and caused panic among residents of a city in northern Iran before being caught, local media reported.

A spokesman for the environmental protection of Mazandaran province told the official IRNA agency, Kamayar Valipur, that the animal “attacked and injured a policeman before fleeing to a garden” in the Ghemshahr area.

“The health condition of the policeman does not inspire concern,” he said.

In a video going viral on social media, a leopard is seen standing on the banks of the bank mark. After a while the animal got scared and jumped on the ground and ran away.

The residents, frightened, ran, according to the images, screaming in all directions.

Irna said the leopard was captured and taken to the protected area of ​​Semeskandeh in the same area.

According to Walipur, the province’s environment department is probing whether the animal had entered the city from wild areas or was living illegally with local people.

According to the city hall daily Humchahari, several wild animals, including wolves and foxes, have been sighted in Iran’s urban areas in recent weeks.

The newspaper specifically reports the appearance of a bear in the town of Marvadasht (south) and a wolf attack on two elderly women in Khalkhal (north-west).