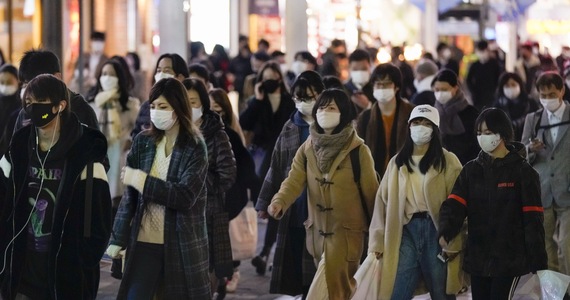 On Friday it was reported that a new, mutant type of coronovirus has been detected in two Japanese who have returned home from the UK.

Japanese authorities have banned people entering Britain from entering the country, but Japanese citizens do not.

Earlier on Friday, Japanese Prime Minister Yoshihida Suga announced The government restricts entry into the country for people coming from South Africa In relation to the detection of another mutant variant of the coronavirus in this country.

South African scientists reported last week that a strain of the virus called 501.V2 has emerged, which is more contagious than the original version of the coronavirus and could cause an epidemic to spread in the country.

It is a different type of virus than the virus seen in the UK.

Suga also announced that the government would allocate the equivalent of $ 2.6 billion to power hospitals treating Kovid-19 patients.

The deaths of people infected with coronaviruses in Japan exceeded 3,000 on Tuesday. In December, more than 800 people died in this country on Kovid-19, more than doubling throughout November.

Japan is currently facing the third wave of the coronavirus epidemic. On Monday, the total balance of infections found in the country was over 200,000 with 100,000 people becoming infected in the last two months.

Tokyo, the biggest hit city in Japan, has the highest health burden since last week.

However, Prime Minister Suga still believes that no other state is currently required to declare an emergency, which would ban the activities of companies and social contacts. In April and May, emergency was in force due to epidemics throughout Japan.

New Coronavirus variants in Nigeria. It has a different origin than British tension