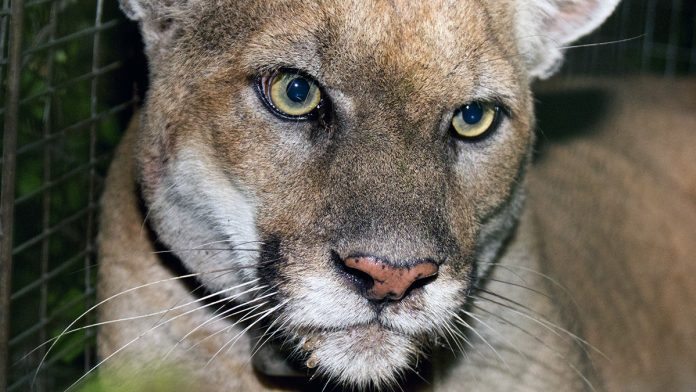 The ‘Hollywood Cat’ is no more: Los Angeles’ most famous cougar was euthanized on Saturday, wildlife officials said.

The cat, about eleven years old, was known for exploring the heights of Hollywood and its famous giant hill sign, hence acquiring its nickname over time. Authorities decided to apprehend him in early December because of his unpredictable behavior, probably the result of a collision with a vehicle.

According to a statement from the California Department of Fish and Wildlife, veterinarians saw that he was wounded in the head and right eye and had damage to internal organs. Cougar was also sick with kidneys, was thin, suffered from skin infections and arthritis.

“The most difficult but compassionate decision was to end my own pain and stress by ending my life”The statement said that “P-22[animal’s code name, editor’s note]had an extraordinary life and won the hearts of the people of Los Angeles and more”. Welcomed by California Governor Gavin Newsom “Incredible Life” of the iconic big cat, who has Attracted people from all over the world.

Griffith Park, a 23 square kilometer natural island where the animal was likely to live for a decade, is surrounded by highways and urban sprawl. Experts were impressed by the saga of the P-22, which in 2012 had to cross two major highways from Los Angeles to reach the park. In a report on the animal, the National Park Service lamented that Griffith Park was too small to accommodate another cougar. and that was “It’s unlikely that (P-22) will find love”.

The “Hollywood Cat” became famous several times in front of the public, appearing on video or in the flesh. A Facebook page created in his honor has over 20,000 subscribers.