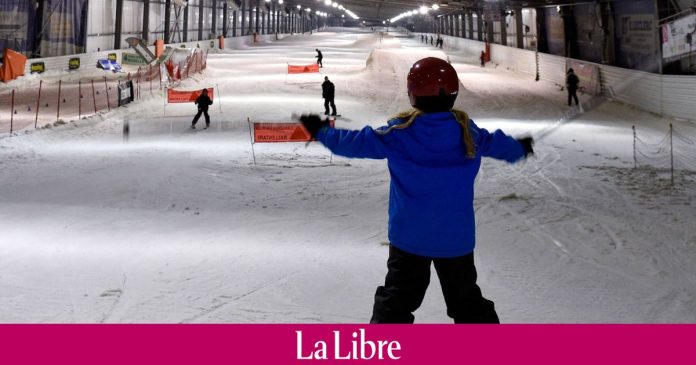 On Saturday 23 July, BFMTV broadcasts a report on a refrigerated room in Amneville in the Moselle that offers skiing. To maintain a negative temperature in this scorching sun, ice cannons must operate at full speed. In this context of extreme heat, this activity clearly receives its share of criticism, particularly for its environmental impact.

“We come to the domes to train because the conditions on the glaciers are very average. It’s hot, there’s no snow”, explains one sports trainer in particular. On site, individuals also benefit from the infrastructure: “the room where we live, the chance to be able to ski in mid-July and survive this heat wave”, assures a father of the family .

Conditions understandable but which are no less frightening given the ongoing heat wave in Europe. This type of activity is clearly not without environmental consequences, as the equipment must consume a lot of energy to keep the thermometer at -5 degrees. Even more so when the French people are called upon to make efforts and show solidarity in the face of this extraordinary situation. Earlier in the week, Emmanuel Macron’s government spokesman Olivier Veran issued a series of suggestions such as “turn off WiFi when you leave the house” to limit its ecological impact.

Small gestures that many Internet users did not hesitate to comment on their annoyance at this report.

HuffPost also points out that this room was already reported by the French Court of Auditors in 2016 for its huge operating losses. In addition to not being profitable, the financial jurisdiction had condemned astronomical electricity bills.