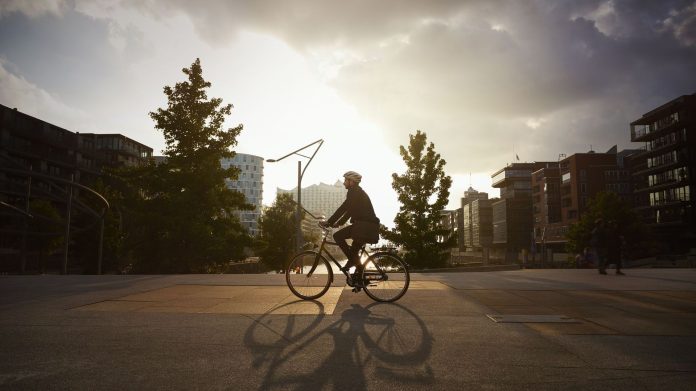 The world could reduce carbon dioxide emissions by about 700 million tons each year, the equivalent of Canada’s annual emissions, if everyone cycled daily like the Dutch, According to a study published in the journal ‘Communications Earth and Environment’,

The transportation sector accounts for a quarter of all current greenhouse gas emissions, which cause global warming, and global demand for transportation is expected to triple by the middle of the century.

Half of these emissions now come from cars whose sales numbers are closely monitored, unlike bicycles.

An international team of researchers has compiled the world’s first database of bicycle ownership and use in 60 countries, dating from the early 1960s.

According to these researchers, the number of bicycles produced exceeded the number of cars in the period 1962-2015. And China accounted for nearly two-thirds of the more than 123 million bicycles manufactured in 2015.

In the 60 countries studied, the share of bicycle use for daily trips averaged only 5%. In some countries, such as the United States, the number of bicycles is high, but their owners regard cycling more as a leisure activity than a means of daily transportation and short trips are often done by car.

But if everyone cycled an average of 1.6 kilometers per day, the daily average distance of the Danes, the world would reduce CO2 emissions by about 414 million tons per year, which, according to researchers’ calculations, is equivalent to Great Britain’s annual emissions.

With 2.6 kilometers traveled per day as in the Netherlands, emissions could be reduced by 686 million tonnes per year, not counting the benefits for improving health and air quality.

See also  Multi-millionaire Marlene, 30, demands that her "unfair" inheritance be taxed and wants 90% of her fortune redistributed: "Tax us!" (Video)

The study’s lead author and Professor Gang Liu from the Department of Green Technology at the University of Southern Denmark told AFP that the main interest of the study is that it shows that cycling has an important role to play in reducing its carbon footprint. of transportation – while the debate focuses on electrification of cars.