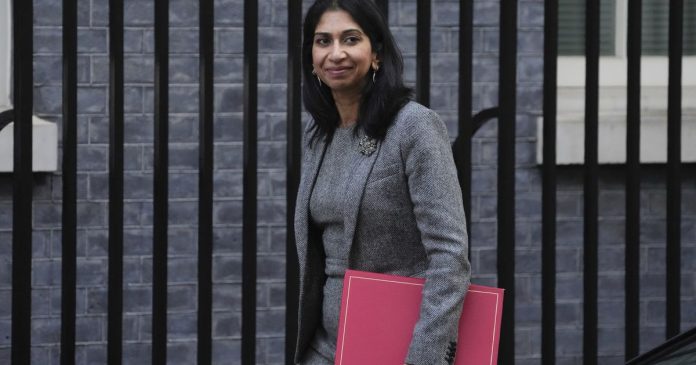 The information, which was first revealed by the daily The Guardian, was not denied by Downing Street and was confirmed to the British agency PA and the BBC.

Suella Braverman confirmed her resignation on Wednesday, citing the use of a personal email address, expressing “concerns about the direction of this government” led by Liz Truss.

In her resignation letter posted on Twitter, Suella Braverman acknowledged the “error” of sending an official document from a personal address to a “trusted parliamentary colleague”. She also scoffs at the fact that the government has “broken major promises”, specifically citing the fight against illegal immigration.

Another blow for Liz Truss

Relieved after six weeks in Downing Street, British Prime Minister Liz Truss entered a new area of ​​unrest on Wednesday with the surprise resignation of her interior minister for improper use of a personal email address.

Rejected by public opinion, challenged within his majority, the conservative leader, who claims to remain in office despite the abandonment of his economic program, sees his credibility and authority undermined once again.

Less than a week after sacking his finance minister and close friend Kwasi Quarteng, he lost the very right-wing head of the “Home Office”, responsible for the sensitive file of illegal channel crossings, to record levels. reaching up.

Former British Transport Minister Grant Shapps was appointed Home Secretary on Wednesday, replacing Suella Braverman. The choice of 54-year-old Grant Shapps is a sign of openness while he backed rival Liz Truss during the campaign to run for former finance minister Rishi Sunak in Downing Street.