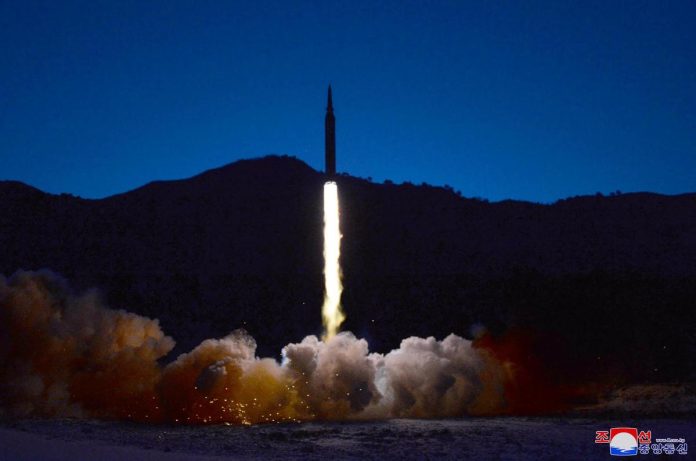 , North Korea says it fired two missiles from a train

The new launch is the third weapons test conducted by the Kim Jong Un regime since the beginning of the year.

North Korea launched two short-range missiles from a train on Friday, state media said on Saturday, the third weapons test since the start of the year, despite new US sanctions.

There have been discussions “all over the country on setting up missile operating systems by rail”, the agency says. The Joint Chiefs of Staff from South Korea said the firing took place at 2:41 pm and 2:52 pm and the missiles covered a range of 432 km at an altitude of 36 km towards the East Korean peninsula. According to Pyongyang, it was the third North Korean weapons test this month after two successful hypersonic tests, the first on January 5 and then the second, personally supervised by leader Kim Jong Un on January 11.

In response, the United States this week imposed new sanctions on Pyongyang, with Secretary of State Antony Blinken saying North Korea was trying to “get attention” with missile fire. Pyongyang accused the United States of “deliberately” aggravating the situation.

Talks between Pyongyang and Washington remain at a standstill after talks between Kim Jong Un and then US President Donald Trump broke down in 2019. North Korea first test-fired a missile from a train in September 2021.

did you get any error?Please tell us.

See also  A new crack has opened in Iceland's volcano