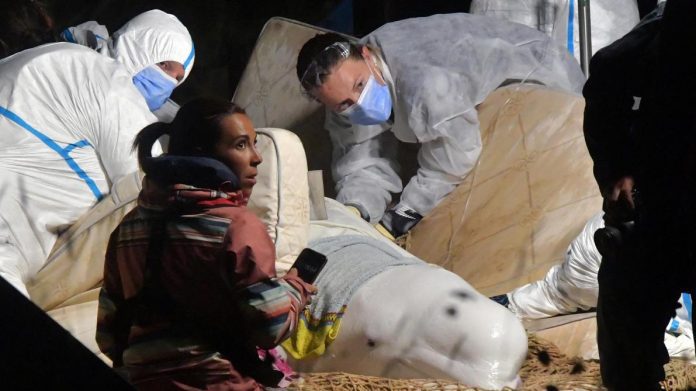 IsAfter a night operation to bring it back to sea, the beluga was pulled from the Seine at around 4 a.m. this morning.

According to Eure Prefecture, relayed by France information, a health check “confirms thinness of the animal but does not make it possible to determine the cause”. “According to veterinarians, this has a poor vital prognosis,” adds Eure Prefecture in a press release.

France Info tells us that the cetacean’s state of health, which is considered poor, is still sufficient to transport it “on a refrigerated truck” to Oistreham (Calvados) at 6:30 a.m., according to the prefecture. She will be kept there under observation for three days and then released on the high seas “far off the coast”. To “let nature take back its rights”, advanced the sub-prefect. “As I speak to you, he is alive. (…) He is being treated, he said Wednesday morning, still according to France Info. “We could see that he is a man, that his He is underweight and has few wounds. ,

See also  No Deal Brexit: Navy boat on standby to save UK waters