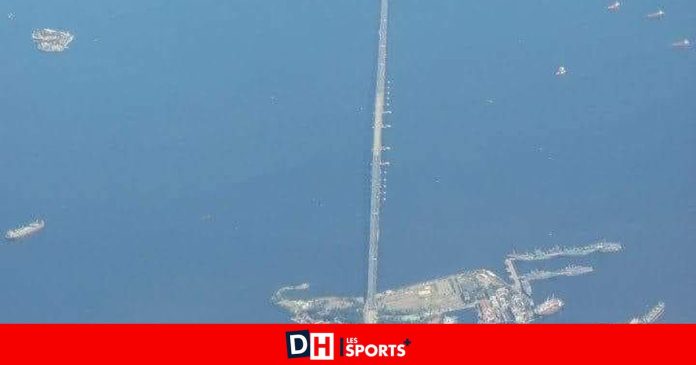 “The Rio-Nateroi bridge is closed in both directions due to a drifting boat hitting the bridge,” Rio’s Federal Traffic Police (PRF) said on Twitter.

A video filmed by the occupant of a car crossing the bridge, reported by local media, shows one of the ship’s towers extremely close and a noise that would be consistent with the moment of the collision.

The bridge concessionaire is “checking the impact of the collision on the structure. The first impression is that it did not have more serious consequences, but we will resume traffic only when we are convinced,” he told the local press to the mayor of Rio. Said Eduardo Paes.

The navy said in a statement that the ship came loose on Monday afternoon “due to extreme weather conditions”, and that it would be towed to the port of Rio.

The boat, which belongs to the company Navegacao Mansour, is “the subject of legal proceedings” and had been anchored in Guanabara Bay since 2016 “without presenting any risk to navigation”, said the Navy, which will conduct an investigation into the incident.

According to O Globo newspaper, the ship is 200 meters long and 30 meters wide.

The Presidente Costa e Silva Bridge, commonly known as the “Rio-Niterói Bridge”, is an important crossing point in the region as it connects the two cities of the bay.

A boat that hit the Ponte Rio-Niteroi disrupted the transportation of sentry people. Peritos avalium alguum is found ablo anstrutural. It is part of the videos that record and momentarily. pic.twitter.com/aCJaQL1UEf