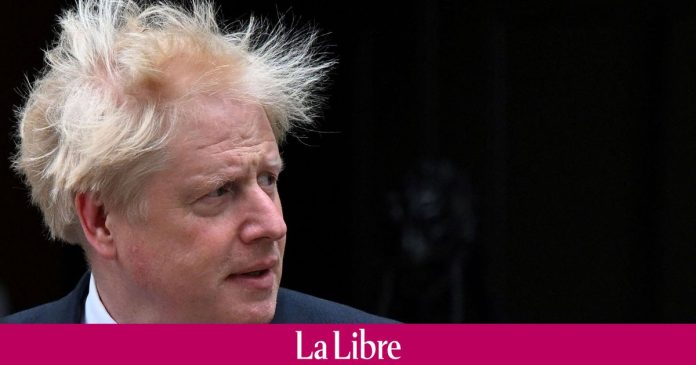 In May 2015, Conservative Prime Minister David Cameron, campaigning for his re-election, put the British “Faced with a simple and inevitable choice: stability and a strong government with me, or anarchy with Ed Miliband”, his labor rival. The sequel is known.
tories took it away. David Cameron, as promised, organized a referendum on the United Kingdom’s membership of the European Union the following year. With too many lies by his conservative rival Boris Johnson, leader of Brexiteers, the parade against that leadership never got through, losing it after a fruitless campaign. Theresa May went to 10 Downing Street, abandoned by the loser. In turn, she gave way ahead of time, having failed to reach a withdrawal agreement with the European Union in 2019, in particular, because of the constraints imposed on her by the man seeking her replacement: Boris Johnson. Once installed as prime minister, he made a deal with Europe, noting the project on Northern Ireland not honoring the protocol, which he had rejected the day before.

Such a character should never have found himself as the head of government of the United Kingdom. We have already written here: integrity and honesty are foreign concepts to them. His own interest is his only compass. Broken by the waves of scandals since taking office, Boris Johnson finally let go on Thursday. No one will complain except him. There has been a lot of loss during his tenure. His use of power has damaged democracy, his country’s reputation, and poor relations with the European Union, which, despite its separation, remains the United Kingdom’s main partner.

Who will handle? Under what circumstances? David Cameron called the EU referendum aimed at subduing the Eurosceptic wing of the Conservatives. Today this marginalized, blinded by a frail and vengeful nationalism, whoever wants to lead the Tory party must pledge to hope to be elected. Intoxicated by the idea that it alone is capable of governing, the Conservative Party is actually the source of the chaos against which its former leader once warned.