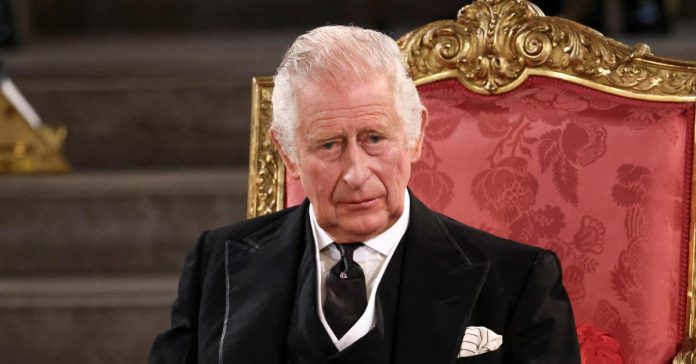 Images from Charles III’s interview with Liz Truss particularly challenged Internet users who were intrigued by the sight of the king’s hands.

Barely crowned, Internet users are already worried about Charles III. Pictures showing him with Prime Minister Liz Truss are going viral on social media. And for good reason, the hands of the king have especially attracted the attention of Internet users, who are concerned about the state of his health.

In the photos in question, we can see the hands of the new King of England, which seem to be noticeably swollen. “Anyone saw the hand of Charles III like me? She looks awfully swollen! », « Charles III’s hand, but what color is it? “, “I thought that Charles III’s hand was the result of a trick tha”, “Charles III has an eerie complexion in his hand and seems ready to explode”, commented some internet users on Twitter.

When asked by the Daily Star, Dr. Gareth Nye, a lecturer at the University of Chester, explained that swollen hands can be caused by “a number of conditions”. According to him, Elizabeth’s eldest son has edema, in other words water retention.

“Edema is a condition in which the body begins to retain fluid in the limbs, normally in the feet and ankles, but also in the fingers, causing them to swell. Edema is a common condition that occurs mainly at 65 years of age. It affects older people because the ability to control fluids is limited,” explained the doctor.

If it seems almost certain that it is edema, then for Dr. Nye, King Charles III may also have arthritis. “It is another common disease in people over 60. It most often affects the three main areas of the hand, the thumb joint or the finger joints,” explains the doctor. But for them, “to conclude from the swelling of the fingers There are certainly no immediate health issues and this is probably a sign of their age”. Then there is nothing to panic!