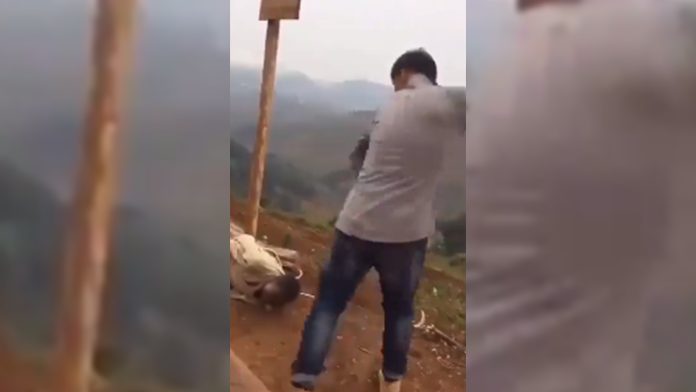 A sugar mine manager in Rwanda was sentenced on Tuesday to 20 years in prison for beating up local workersA video showing him hitting a man tied to a pole had gone viral.AFP learned on Wednesday.

Sun Shujun, who worked in the Cassiterite mine, the main ore of tin, was arrested in September.

,It is clear that Mr. Sun tortured the victims and inflicted corporal punishment with malicious intent, and this is a serious offence.Judge Jacques Kanyarukiga said he was sentenced to twenty years in prison.

Mr Sun, who was present at the Rutsiro District Court (West) during the verdict, admitted to assaulting two employees, claiming he beat them up because he was “frustrated and tired that they were constantly stealing minerals”.

The 43-year-old manager defended himself, saying he had paid compensation totaling more than one million Rwandan francs (900 euros) to the two victims and had signed a “letter of reconciliation”.

However, prosecutors – which considered the four victims – claimed that the two men accepted these payments.because they were hurt and afraid of him,

Another manager of the company, Ali Group Holding Ltd., was found to be an accomplice and sentenced to twelve years in prison. The third person was found not guilty.

In September, a 45-second video went viral showing an angry Chinese man thrashing another man, who was draped to the ground and tied to a pole with a rope.

Following the verdict, Mr – who was released on bail – was taken in handcuffs. He has thirty days to appeal.

The Chinese embassy in Rwanda said in a statement that it had taken “note” of the decision.

,The Embassy always asks Chinese citizens in Rwanda to comply with local laws and regulations“, she writes, also demands that the rights of its citizens be “appropriately protected”.