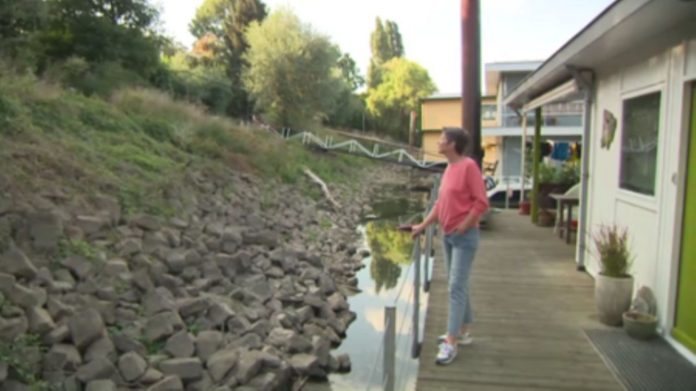 As in our country this summer’s drought has had a significant impact on the level of rivers in our Dutch neighbours. Even though boats still ply on the Rhine between Germany and the Netherlands, the tributaries are dry and the dams are breaking.

The owner of a barge reports that his floating house hit the bottom: ,In normal times we do not see stones. We are flat with grass and sometimes we are even 6 or 7 meters high. Of course I am worried and not only for me. This is a problem for all of us!”

Farmers have been called to the rescue

For great evils, great remedies, farmers now come every couple of days to water the dams, and apparently it works. To the head of the Bois-le-Duc Water Office, The cracks gradually close.

Without the dike many cities would have already disappeared under water

In summer, levels are low, but in winter, water can rise too high and load structures. If dikes did not exist in the Netherlands, many cities would have already disappeared under water. One-third of Dutch people live below sea level.

The canals are interconnected, and if even one dam collapses, the consequences will be disastrous. In the past five years, the Netherlands has experienced four droughts. Experts fear the situation will worsen.