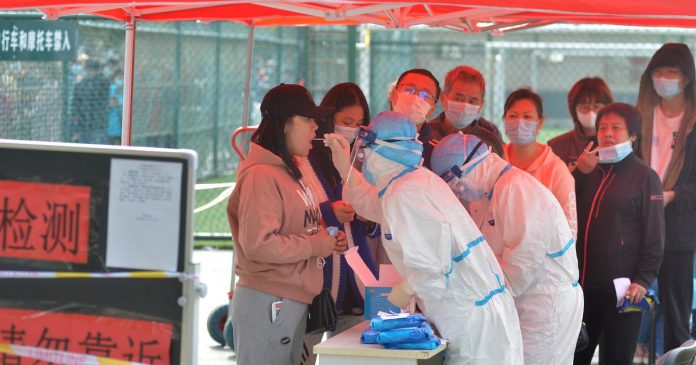 Beijing – China 56-day coronavirus clean streak Is broken. Six people with symptoms and six others without any have tested positive for the virus that causes it COVID-19 In the same city, asking for dramatic feedback.

All of these cases are linked to the same hospital, Qingdao Chest Hospital, in the city of Qingdao on the east coast of China. The city’s health commission posted the news on the Chinese social media site Weibo, and the hospital, about 250 miles southeast of Beijing, was closed.

Kingdoms are home to about 9 million people, more than New York City and twice as many as Los Angeles, and authorities are now preparing to test each of them. They are committed to ending the process by the end of this week – a remarkable feat, but not unexpected in China.

Photos and video making rounds on both social and state-run media show that citizens are ready for the test.

Officials in Wuhan, which has a slightly larger population, said all its citizens were screened in just 10 days earlier this year when it encountered a resurgence of the virus.

For many, the news of a new case, even after about two months, may come as a bit of a surprise. The whole country recently returned to work after an 8-day national holiday in which millions of Chinese people walked.

It was the first major holiday here since the coronavirus epidemic was brought under control. About 7,637 million trips were made during the National Day break. In perspective, that’s exactly more than two trips in almost every American’s same time frame.

People have jammed plane and train tickets and highways to relieve paint-up frustration after being stuck at home for most of this year.

The new cases in Qingdao in the grand scheme of things is a small blip in the number of officially registered coronaviruses in China. The World Health Organization, which relies on data provided by the Chinese government, has reported more than 91,000 Kovid-19 infections in China alone, and less than 5,000 deaths.

Critics say the number of reports from China is very low – probably appropriate criticism in a country known for covering any bad news.