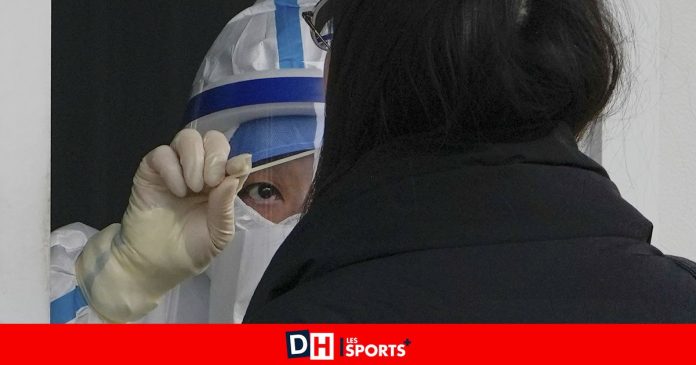 Testing is one of the important tools to avoid the emergence of a new pandemic like Covid, which helps in containing the spread of a disease.

Other tools: identification of viruses or bacteria that may cause the next pandemic, search for vaccines or emergency treatments, production and distribution of these products, etc.

target? Avoiding a new pandemic three years after Covid. The first case of the disease was detected in China in December 2019. Less than three months later, the World Health Organization (WHO) formalized the pandemic that shook the world.

Last week, it was within the framework of WHO that international negotiations began on the fight against future pandemics. The World Bank has launched a fund dedicated to the subject and is fed by G20 countries (currently up to $1.6 billion).

His team will look at techniques that could serve as the basis for increasingly adaptive treatments against new pathogens. Model to follow: Messenger RNA vaccine against COVID. Professor Levin told AFP the center would be “operational” within six months.

The objective here is to learn how to respond immediately to an unknown pathogen. But anticipation also includes identifying known risks.

WHO is thus working on updating the list of microbes at risk. In particular to watch out for: other coronaviruses as well as the flu virus, of course, but also Ebola and Zika.

“For each of these viruses, only a few mutations” can increase their spread, warns epidemiologist Jennifer Nuzzo of the American University Brown.

Other pathogens are being monitored, such as arenaviruses, paramysoviruses – the measles and mumps family – or Marburg virus.

Will these research efforts be enough? What many experts and activists fear above all is a lack of political will. Which turns into an issue of funding. Thus, the CEPI organization (co-founded by several states and the Bill & Melinda Gates Foundation to combat the pandemic) is seeking $800 million to complete the five-year plan.

Decision-makers should not forget the issue of the pandemic, even if they are “focusing on several current crises”, in a difficult geopolitical and economic context, CEPI head Richard Hatchett told AFP.

And how can we ensure that a vaccine or treatment is available to all countries, including the poorest? “For me, the tragedy of Covid would have been the unequal distribution of vaccines, even once available,” says the epidemiologist.

Experts interviewed by AFP agree. If large regions such as Africa, South America, South Asia or the Middle East do not have access to the treatments, especially by producing them themselves, it will be impossible to respond well to the next pandemic.

For many activists, it will be necessary to plan well in advance to remove the patents of potential treatments of major importance. But the idea seems unrealistic in the face of opposition from the pharmaceutical sector and a large section of developed countries.

And there is little development to expect: Mohga Kamal-Yanni, representative of the NGO People’s Vaccine Alliance, estimates that the tone adopted by these countries is “extremely worrying” in the context of current discussions at the WHO.