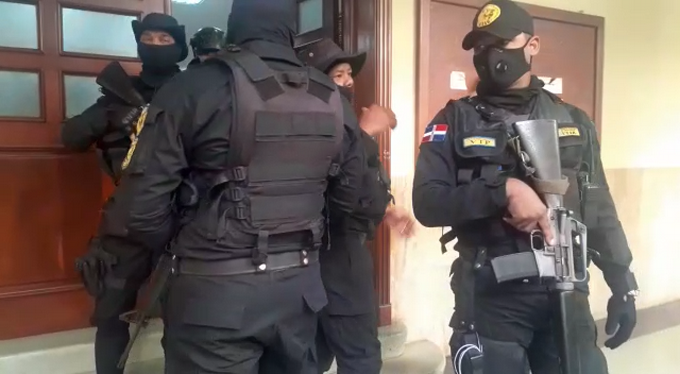 The National District’s Seventh Inquiry Court today began the notification of charges against those involved in the Antipulpo case and orders a preliminary hearing to be scheduled for January 7.

Judge Davy Timoteo Peguero Directed the court staff to inform about the allegation to the lawyers representing the respondent, the Ministry of Public Affairs and the State constituted as a civil actor.

Similarly, the secretary of the court, with a designated staff, informs the parties involved in the process of fixing. Hearing on February 7 at 9:00 am.

For such purposes, the defendants who are under preventive detention and house arrest were transferred to the courtroom of the Third Collegiate Court in the National District.

Whereas those who are independent, who were last indicted in the charge of the Antipulpo case, go to court in the company of their lawyers.

After the Public Ministry submitted formal charges against the 27 defendants and 21 companies, the court seized the file by Judge Kenya Romero, the coordinator of the National District’s Courts of Inquiry.

Honduras Congress: Elders beaten in the assembly.. Meeting turned into a fight – a fight broke out between Liber members of the Presidential election...