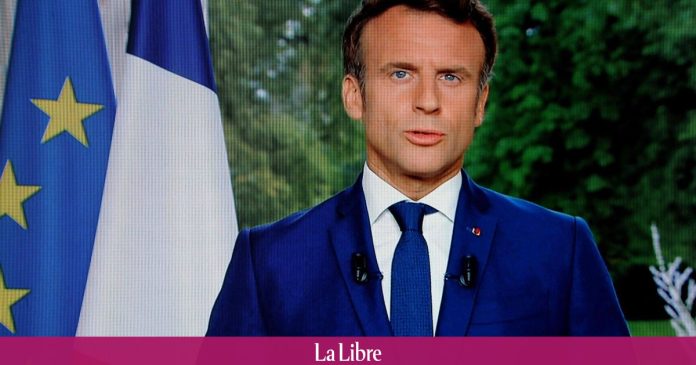 France is going through a political crisis. Legislative elections deprived the presidential party of an absolute majority in the assembly, announcing a second difficult five-year term for Emmanuel Macron to rule. On Tuesday and Wednesday the head of state met with the heads of the main elected political forces. He said this in a speech on Wednesday evening.

“On April 24, you renewed your confidence in me by electing me to be President of the Republic”, Emmanuel Macron began the first. “On June 12 and 19, you elected your representatives (…). First, I cannot ignore the strong abstinence (…) nor the fracture in the structure of our new assembly”, he said. To follow- UP.

“No political force alone can make laws. President’s majority is relative, so it must expand”, the president indicated. “We must learn to govern differently and legislate collectively. Create new agreements through dialogue, listening, respect”

The president is therefore in favor of “a political overrun”, so as not to lose “the coherence of the project chosen by the French on April 24”, he declared before sketching out his political plan for the coming months. “This summer, emergency measures will have to be taken, including a law for purchasing power and emergency measures for our health. All this progress cannot be financed by either more taxes or more debt”