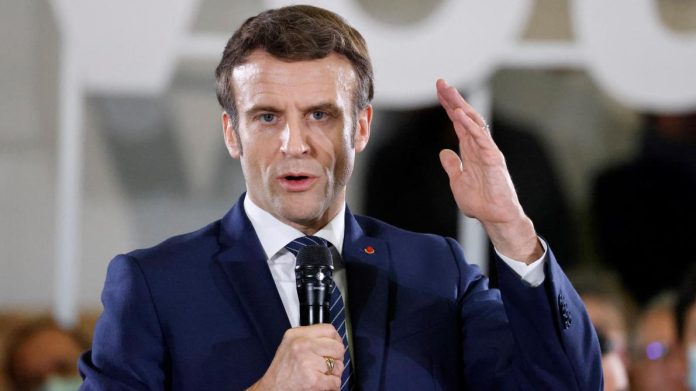 IEmmanuel Macron recognized the visible “fracture” in legislative elections and called on the political class to “law differently” and “compromise”, on Wednesday the French for the first time since the loss of an absolute majority by his camp addressed. Meeting.

“I listen and am determined to support the desire for change that the country has clearly expressed” because “it is my role as the guarantor of our institutions”, states during the short speech of less than 10 minutes. declared chief.

For this “I had exchanges with leaders of all political parties yesterday and today”. And, according to him, “everyone expressed respect for our institutions and a desire to avoid obstruction for our country”.

Emphasizing that the ballot made “the presidential majority the first political force in the National Assembly” but without an absolute majority, “its responsibility is therefore to expand, either by creating a coalition covenant or by text-by-text majority”. by building”.

Act “In the interest of the country”

“To act in your interest and in the interest of the nation, we must learn to govern and legislate collectively differently”. “By creating agreements, enhancements, amendments, but doing so in full transparency, openly if I may say so, in the will of unity and action for the nation”, he added, testifying to the French.

“To make fruitful progress, it is now up to political groups to say with complete transparency how far they are prepared to go,” he said.

He also held that the establishment of a government of national unity, as outlined by some officials, “was not appropriate to this day”.

Emmanuel Macron announced that, “as of this summer”, “a law for purchasing power and better paying work, the first decision to move to full employment, strong choices on energy and climate, It will be necessary to adopt emergency measures. For our health, whether it is related to our hospital or pandemic”.

He specified that “we will start building this method and this new configuration” upon returning from the European summit on Thursday and Friday in Brussels.